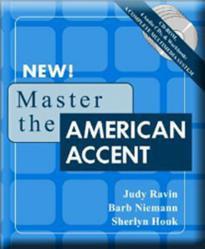 The research shows that non-native speech is more difficult for the listener’s brain to process. This difficulty causes the listener to doubt the accuracy of what they’re hearing.

Language Success Press, a publisher of accent reduction and business English materials, has said for the past decade that reducing one’s foreign accent and speaking more fluent English helps build career success. Now a study from the University of Chicago lays out a key support for this case: speaking with a foreign accent actually makes the speaker seem less truthful. The research summary states that, “Such reduction of credibility may have an insidious impact on millions of people, who routinely communicate in a language which is not their native tongue.”

The research shows that non-native speech is more difficult for the listener’s brain to process. This difficulty causes the listener to doubt the accuracy of what they’re hearing. For example, people who hear a statement such as “Ants don’t sleep” as less true when spoken by someone with a foreign accent.

Language Success Press offers four accent reduction systems, including Master the American Accent, Lose Your Accent in 28 Days, as well as a specialized system for native Spanish speakers. “Many of our customers have told us that they feel held back in their careers because of their accent,” says Tanya Peterson, Marketing Director at Language Success Press. “The subtle bias they are experiencing is borne out in this research.”

Ms. Peterson says Language Success Press’ customers include business people, health care professionals, college professors and graduate students. Many are fluent in English but still retain some trace of a foreign accent. Pronunciation is generally considered the most difficult part of a language to master.

Ms. Peterson says that dozens of customers have written to Language Sucess Press after using one of the company's accent reduction systems to say that they feel more confident, more effective, and less self-conscious.

Non-native speakers have trouble conceptualizing the sounds of English. They have trouble hearing the difference between various sounds, organizing them in their brains, and using them as needed. For example, many Asian speakers confuse the ‘r’ and ‘l’ sounds. The problem is not that Asian speakers are not able to produce an ‘r’ or an ‘l’ sound. They can produce both. The problem is in the conceptualization. They have difficulty keeping the sounds distinct from another and determining when to use each. So the first step is in learning the sound differences between the way one is currently pronouncing sounds, words, and sentences, and the correct way. Accent reduction systems help, in part, by helping learners differentiate sounds and teaching the techniques necessary to produce the sounds differently.

Lose Your Accent in 28 Days and Master the American Accent both use video clips to show how to make American English vowel and consonant sounds. The systems also include sections on the other key aspects of pronunciation: rhythm, stress, and intonation.

The research article cited in this release is entitled," Why don't we believe non-native speakers? The inﬂuence of accent on credibility" by S. Lev-Ari and B. Keyser. It appeared in the Journal of Experimental Social Psychology.