Under the leadership of CEO Aaron Day The Atlas Society has launched a new online education venture called Atlas University. 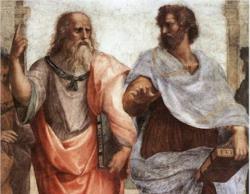 Atlas University will offer video courses on Objectivism, the philosophy Ayn Rand founded, presented by scholars who are experts in the philosophy. We're pleased to release today the first two segments of our course "Reason."

This video lecture series by David Kelley and William R Thomas presents the essentials of the Objectivist view of knowledge. It explains why reason is an absolute; why emotions are not tools of cognition, despite their psychological importance; and why mysticism is a cognitive dead-end. It presents Ayn Rand’s innovative theory of concepts and objectivity, including the role of sense-perception, logic, and axioms, as well as the nature of certainty. The course shows why a rational approach to life is a vital human need.

While the lectures form a natural sequence as a whole, they are sufficiently independent that you can profitably view individual lectures as you choose.

Today Atlas University published the first two segments in the "Reason" course.
Lecture 1 is "What is reason?"
David Kelley begins the course by discussing the nature of reason as a cognitive faculty distinct from the perceptual abilities humans share with other animals. Looking back through history, he illustrates the extraordinary power of reason in human life, as well as the issues philosophers have raised about the validity of reason.

Lecture 2 is "The Conceptual Faculty"
William R Thomas explains why the capacity to form concepts is the essential feature of reason. He shows how concepts make possible our use of language, how concepts are formed, and they depend on our direct, sensory awareness of reality. He discusses the Objectivist answer to the philosophical problem of abstraction. And he argues that failure to appreciate the nature of concepts contributes to a common human failing, on that Ayn Rand called "the anti-conceptual mentality."

David Kelley earned his Ph.D. in philosophy from Princeton University in 1975, and later taught cognitive science and philosophy at Vassar College and Brandeis University. His articles on social issues and public policy have appeared in Harper's, The Sciences, Reason, Harvard Business Review, The Freeman, and elsewhere. His books include Unrugged Individualism: The Selfish Basis of Benevolence; The Contested Legacy of Ayn Rand; The Evidence of the Senses; and The Art of Reasoning, one of the most widely used logic textbooks in the country. Kelley is founder and executive director of The Atlas Society.

About William R Thomas
Thomas is the editor of The Literary Art of Ayn Rand (2005), author of Radical for Capitalism, and is the co-author of the survey The Logical Structure of Objectivism. He has published essays on topics in politics, ethics, and epistemology. He has spoken internationally on the theory of individual rights and Ayn Rand's philosophy of Objectivism. Thomas is currently a lecturer in the Department of Economics of the University at Albany.

About The Atlas Society: