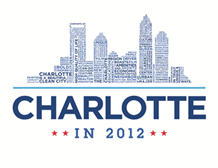 Charlotte Mayor Anthony Foxx, Co-chair of the Host Committee stated, “Our unprecedented effort to include diverse businesses in meaningful work shattered any previous convention records. This event certainly sets a new bar and a best practice not only for large-scale events in Charlotte but also similar activities elsewhere around the United States.”

In order to accomplish the goal, dedicated staff was hired to administer a procurement planning process designed to:

Dr. Dan Murrey, Host Committee CEO, stated “The Committee was dedicated to diversity and inclusion from the day Charlotte won the bid to host the Convention. I am proud that we surpassed the goal and took major steps to further strengthen our community’s commitment to shared prosperity for all.”