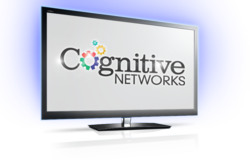 Michael Lee, Managing Partner at Rogers Venture Partners: 'Cognitive Network’s innovative technology has the potential to both change the way that consumers watch television and the ways that advertisers can connect with those viewers.'

Market-leading content recognition service provider TV Interactive Systems is relaunching under the name Cognitive Networks. The new name is representative of a series of significant changes taking place at the technology provider.

Michael Collette, a longtime veteran of the U.S. interactive TV business, has been named as the company’s new Chief Executive Officer, tasked with leading the development and rollout of the company's products, raising capital, building out its staff and ramping up operations. Collette was previously CEO of PhyFlex Networks, a broadband access solutions provider, and CEO of Ucentric Systems, an embedded software company that pioneered multi-room DVR technology. He had previous stints at interactive TV middleware provider OpenTV and cloud-based interactive TV technology provider ICTV (now ActiveVideo Networks).

Zeev Neumeier, Cognitive Network’s Founder and President, said, “We’re very excited that Michael will be leading the company through this next significant growth phase. He brings a wealth of experience in the interactive business that will position the company to take a leading role in global innovation in interactive television."

Cognitive Networks secured an initial round of $2.5 million in funding from Rogers Venture Partners. Cognitive Networks will be relocating from New York to San Francisco to tap into the talent pool and partnering opportunities in the Bay Area.

Michael Lee, Managing Partner at Rogers Venture Partners, said, “Cognitive Network’s innovative technology has the potential to both change the way that consumers watch television and the ways that advertisers can connect with those viewers. It’s rare to find a tech company making such great strides in the marketplace at such an early stage.”

Cognitive Networks partners with TV set manufacturers to enable content providers, advertisers, and others to provide greater engagement and interactivity to TV programming. Cognitive Networks' ACR platform makes Smart TVs aware of the programming that they are displaying, enabling transactions, informational requests, or personalization of the viewing experience. More information can be found at http://www.cognitivenetworks.com.