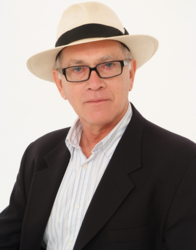 Superior Venture Corp. ("Superior" or “the Company”) (OTCQB:SVEN) has appointed Harry Sutherland as a Director Of The Board. In his role with the Company’s wholly owned subsidiary, Ilustrato Pictures Limited, Mr. Sutherland will head up the co-creation of feature film projects in partnership with major Chinese film studios tailored to the rapidly expanding Chinese movie market.

Harry Sutherland is a seasoned film producer and movie executive whose career includes over 40 years of film development and studio production. He is also co-founder of the Company’s wholly owned subsidiary, Ilustrato Pictures Limited.

Mr. Sutherland has been active in the Canadian film industry since the early seventies. He has worked for organizations including the National Film Board of Canada’s Challenge For Change Program and the National Film Theatre of Canada. He has also had an active career as an independent producer with projects including We're Funny That Way for HBO and CITYTV, My Son The Tattoo Artist for CITYTV and Madame President for the Canadian Broadcasting Corporation.

Mr. Sutherland has been the co-chair of the Documentary Organization of Canada and a board member of Hot Docs. He currently serves on the board of the Whistler Film Festival.

Mr. Sutherland is widely accepted as a significant contributor to the international film development community and a patron of independent film. His list of producer credits includes feature film projects, independent movie productions and movies produced for television.

About Superior Venture Corp.
Superior Venture Corp. is a US based public company. Its wholly owned subsidiary, Ilustrato Pictures Limited is an international motion picture development and production company seeking to co-create feature film projects with Chinese film companies. All of its projects are financed, produced and distributed in partnership with domestic Chinese companies. Ilustrato Pictures has developed extensive infrastructure and distribution networks in China –the fastest growing and most dynamic movie market in the world.