Joey Huertas a.k.a Jane Public debuts latest work examining the role of the court system in bitter divorce cases and its methods of parental alienation and effects on fathers’ rights. 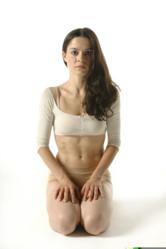 “I believe it’s important to create art as a tool of social activism on important social issues that remain taboo in the media.” - Joey Huertas a.k.a Jane Public

Fusing film, dance and performance art, award-winning film artist and social activist, Joey Huertas a.k.a. Jane Public collaborates with actress, dancer, Suzana Stankovic in, 'Where’s the Child?', a dramatic and surreal new work that reveals the trauma involved in high-conflict divorce cases and the effects of parental alienation tactics on father and child, to debut at the MONO NO AWARE VI exhibition of film performance and cinema installation on December 8, 2012 at 8:00pm at Lightspace Studios in Brooklyn, NY., free to the public.

A social worker and human rights activist, Joey Huertas is deeply in touch with the often-silent anguish of fathers who are frequently demonized by the divorce court system. By visually demonstrating how parents and children are used as weapons of destruction against one another despite any loving history they once shared, Huertas’s new work aims to give the viewer an unflinching look at the self-serving, biased mechanisms of the court system and the pain it causes.

”The system is the true enemy and what it does, perhaps unwillingly, is create a kind of ambivalent hate that Suzana and I will show to the public and then exorcise via performance and dance so that there is a return to love between parent and child.”

An experimental film and performance artist who works in line with the direct, observational and reconstruction movements of documentary work, critics have cited Huertas’s work as representing a new kind of social activism. As in his social and humanitarian work, his deepest aspiration for 'Where’s the Child?' is that it serve as a voice for the powerless and marginalized.

“I believe it’s important to create art as a tool of social activism on important social issues that remain taboo in the media. Here, fathers’ rights and parental alienation.”

Suzana Stankovic, in the role of dancer/child, selected by Huertas "for her bold use of body politics, performance intensity and interest in the raw soul of things", symbolizes the manipulated, angry, adolescent child viciously aiding in her innocent father’s demise until, when overcome by grief and compassion, attempts to then rescue him via a mutual exorcism of the hate and antagonism implanted within them by the system only to realize it’s too late.

In the role of the detective, Huertas personifies the inner workings and methods of father-entrapment employed by the system. In his subsequent role as the father, the sad and hopeless downfall of many undeserving dads surfaces in bright light. In the end, father and daughter are physically furthest apart than ever before yet spiritually reunited by a primordial and indestructible love reborn of the exorcism.

With its surreal elements of truncated text delivered in episodes, stark film and slide projection, dance/exorcism/voodoo, campy props and unabashed sound design, 'Where’s the Child?' functions as both a live documentary of the daily goings-on of “the system” and as avant-garde art telling a story of humanity and redemption.

Over the last six years MONO NO AWARE has become the premiere event to focus on the cinematic experience blending moving image with performance, sculpture and installation art. In 2011 there were over 350 people in attendance to view the five-hour program.

MONO NO AWARE VI offers two distinct programs on December 7th and 8th, 2012 and will mark Huertas’s second appearance there.