Abundance of Deering Banjo Artists Proves the Popularity of the Banjo 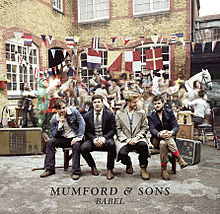 The 2013 Grammy Award Nominations were announced on Wednesday, December 5th, 2012 and proves the fact that the banjo has gone mainstream. Deering Artists were nominated in 13 different categories - including such major categories as Album of the Year and Best Rock Song. Deering Banjo Artists nominated were Mumford and Sons, Taylor Swift, The Avett Brothers, Eric Church, Dierks Bentley, The Carolina Chocolate Drops, Noam Pikelny, The Steep Canyon Rangers, and Stephen Wade.

Deering Banjo Company was founded in 1975 and has grown to become the largest manufacturer of American made banjos in the world. Located in Spring Valley, CA, Deering produces all of its quality 4-string, 5-string, 6-string, and 12-string banjos in the same US facility and boasts the most knowledgeable team in the industry. Deering is proud to have artists such as Bela Fleck, Mumford and Sons, Steve Martin, Taylor Swift, Keith Urban, the Avett Brothers, and Dropkick Murphys play their banjos. Visit http://www.deeringbanjos.com to learn more about Deering Banjos or call their toll free number 800-845-7791.