UniqueSquared.com, AIAIAI Headphones and Songster Team Up for a Holiday Remix Contest

Using Mowgli Games Facebook App gives contestants a chance to win a pair of TMA-1 headphones from UniqueSquared.com and AIAIAI. 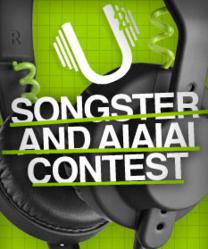 UniqueSquared.com and AIAIAI threw a promotional giveaway during November, but during the month of December they are awarding special edition TMA-1 headphones to the winners of a remix contest. While other remix contests require that you have a variety of equipment suited for the task, all this one requires is a Facebook account, internet connection and a set of speakers or headphones. Using Mowgli Games' Facebook App, Songster, users can simply remix free loops submitted by UniqueSquared. Users can also use any other packs available in the Songster app, but as long as they have the UniqueSquared sounds in their remix, they are eligible to win in the competition. During the month of December, 4 winners will be chosen by judges at Songster, and UniqueSquared will send the winners their special edition (2 winners will receive Carthart edition TMA-1s and 2 winners will receive Beatport edition TMA-1s) AIAIAI headphones. Contestants can enter at https://www.facebook.com/uniquesquared/app_185828274806603 or just visit the UniqueSquared Facebook page.

The contest rules and regulations are available at http://www.uniquesquared.com/giveaway-rules.