PaigeeDraw Releases Its Best App, PaigeeWorld, Just In Time For The Holiday Season To Teach Children How To Draw Manga

Thousands of kids are using PaigeeWorld every day to learn how to draw manga, share their art and making friends from around the world. This Christmas PaigeeDraw is having one of its most popular drawing contests of the year; the PaigeeWorld Christmas Contest. 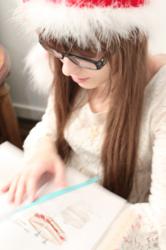 Thousands of kids are using PaigeeWorld every day to learn how to draw manga, share their art and make friends from around the world.

PaigeeWorld, the latest iPhone/iPad app released by PaigeeDraw is making its way towards becoming a top app on iTunes. Thousands of kids are using PaigeeWorld every day to learn how to draw manga, draw anime, share their art and make friends from around the world.

PaigeeWorld is a social application that both teach aspiring artists how to draw Manga and share their drawings with an ever growing community of artists. Thousands of drawings are uploaded to the app daily by kids from around the world. PaigeeWorld has taken the best from its previous app, PaigeeDraw, to create the best app and Manga community for children who are learning to draw.

Books and videos can only demonstrate how to draw. PaigeeWorld not only teaches how to draw, it provides instant feedback and encouragement for the drawings that are uploaded. Drawings are uploaded via mobile device and the rest of the community has the ability to "like" and "comment" on the drawing almost immediately. Individuals also have the ability to follow their favorite artist, as well as be followed back by other artists.

A real-time activity feed and a customizable newsfeed is also available on PaigeeWorld, so users can see what their favorite artists are doing and uploading. As soon as a user uploads a drawing to PaigeeWorld, all of their followers will instantly be able to see their work on their newsfeeds.

One of the key elements to learning a new skill is feedback and encouragement which is not available from a book, video or even other drawing applications. On PaigeeWorld, users can get dozens of “likes” and comments on their drawings within seconds of uploading them providing the necessary encouragement to help new artists keep up their good work.

PaigeeWorld also encourages artists to participate in contests. This Christmas PaigeeDraw is having one of its most popular drawing contests of the year; The PaigeeWorld Christmas Contest. Kids from around the world are invited to join. They can enter the contest directly on the PaigeeWorld app or on the PaigeeDraw Facebook page with over 249,000 members. There are lots of prizes to be won including complete marker drawing kits and online store gift certificates. The PaigeeWorld Christmas Contest will give recognition and positive encouragement to every child that enters.

PaigeeWorld is the ideal app to both teach and entertain this holiday season.