New report by Carlos Xuma stresses that a man who hopes to go anywhere with the women he talks to needs to understand the characteristics of a true alpha male, such as self-respect and the reliable strength of a guardian, and how to prove he possesses them. 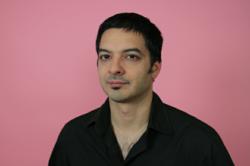 Carlos Xuma - Tips On How To Talk To Women

Men can learn how to talk to women and hold tight to all the characteristics that make them essentially a male simply by understanding exactly what alpha male traits are.

Somewhere along with line, men got the impression that what women wanted was some sensitive, sweet guy they could cuddle up with and share every fleeting thought they had; to live up to this, many guys began trying to mold themselves into the image, and in the process lose touch with their natural male traits. In his new report, Dating Expert Carlos Xuma says that this was a mistake.

“You don’t have to squash all your alpha male traits and characteristics in order to learn how to talk to women,” Xuma says in his new report. “Learning how to strike up a meaningful and captivating conversation has nothing to do with being overly sensitive and becoming a woman’s new best friend. Instead, men can hold tight to their alpha male parts and still have engaging conversations with women.”

The problem is, as Xuma explains, a basic misunderstanding of what it means to be an alpha male.

Because it's such a steep, uncertain uphill battle out of the friend zone, Xuma strongly recommends that men take caution to never land in that precarious position at all.

“Men can learn how to talk to women and hold tight to all the characteristics that make them essentially a male simply by understanding exactly what alpha male traits are,” Xuma says. “For instance, an alpha male is confident, a leader, a protector, but also a nurturer. He nurtures the pack. He takes care and protects them. These are great traits that help men talk to women. When a woman needs that sensitive side of a man, he can give it to her along with his alpha male traits.”

Learning how to talk to women in this way might take some time, but it makes a worthwhile difference, says Xuma.

Carlos Xuma is the author of The Bad Boy Formula, Secrets of the Alpha Male, the Girlfriend Training Program, and numerous other books and articles. He has been a dating expert and attraction adviser for more than 10 years and has appeared on ABC and CBS television, as well as Playboy radio. He has spent years teaching hundreds of men how to attract and approach women, and how to talk to talk to women. He also shares dating advice for men on his website at http://www.datingdynamics.com.