California auto defect liability lawyer comments on settlement agreement in a class-action lawsuit [Case number: 8:10ML2151 JVS (FMOx) United States District Court for Central District of California] in which Toyota Motor Corp. has agreed to pay more than $1 billion. According to a Dec. 26 report in The New York Times, the lawsuit is related to unintended acceleration issues in its vehicles. 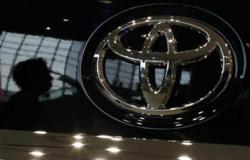 This class-action settlement, if approved by the judge, will be a major victory for consumers.

Toyota Motor Corp. has agreed to pay more than $1 billion to settle a class-action lawsuit [Case number: 8:10ML2151 JVS (FMOx) United States District Court for Central District of California] related to unintended acceleration in some of its vehicles.

According to a Dec. 26 news report in The New York Times, the settlement was filed in a Federal District Court in California and is the largest of its type in automotive history. If the agreement is approved by Judge James V. Selna, the Japanese automaker will make cash payments for the loss of value on vehicles affected by several recalls and install special safety features in up to 3.2 million cars, the report states.

This class-action case was the largest legal action related to economic losses by car owners even as there are still individual personal injury and wrongful death lawsuits pending against Toyota and an unfair business practice case brought by the attorneys general of 28 states, the NY Times reports. This particular class-action lawsuit was filed in 2010 after numerous consumers lodged complaints to federal regulators that Toyota vehicles were accelerating suddenly and causing accidents injuries, the article states.

Under the proposed settlement, Toyota will create a fund of $250 million to pay claims to former vehicle owners who were affected by the recalls. In addition the company has also agreed to install brake override systems to prevent sudden or unintended acceleration, the NY Times reports. Toyota recalled more than 8 million vehicles in the United States for sticky gas pedals and faulty floor mats that could cause the vehicles to accelerate suddenly and also paid up more than $60 million in government fines for failing to issue a timely recall, the report states.

'This class-action settlement, if approved by the judge, will be a major victory for consumers', says John Bisnar, founder of the Bisnar | Chase personal injury law firm. "Toyota has already spent millions defending a multitude of lawsuits. The company's brand image has taken a serious blow as well."

The California auto product liability attorneys of Bisnar | Chase represent victims of auto accidents, defective products, dangerous roadways, and many other personal injuries. The firm has been featured on a number of popular media outlets including Newsweek, Fox, NBC, and ABC and is known for its passionate pursuit of results for their clients.