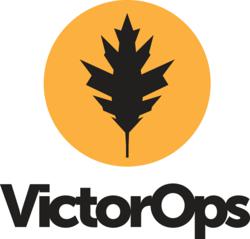 “VictorOps was founded to empower the people that keep the systems running in today’s 24x7, technology-centric businesses,” -- Todd Vernon, co-founder and CEO of VictorOps.

VictorOps, a new Boulder start-up, is today launching with a seed financing round of $1.58 million dollars to build a vertical collaboration platform that enables Ops, DevOps and TechOps teams at SaaS businesses to effectively manage and remediate software system alerts and outages. The seed financing is led by Foundry Group with participation from Tango and the company’s co-founders. Jim Lejeal, CFO at Rally Software, will join the VictorOps board of directors as an Independent Director.

VictorOps has an all-star founding team with Todd Vernon at the helm as CEO, Bryce Ambraziunas as COO and Dan Jones as CTO. VictorOps is Vernon’s third “from-the-ground-up” start-up. His two prior companies, Lijit Networks and Raindance Communications, were both highly transactional SaaS businesses generating significant “revenue-by-the-second.” Raindance Communications went public in 2000 (RNDC) and Lijit Networks was acquired by Federated Media Publishing in October 2011.

Ambraziunas has spent over 17 years in the trenches developing and operating real-time communications services. Most recently Ambraziunas was the Founder and COO at Affinity VideoNet, which was acquired in October 2012 by Glowpoint, Inc. Jones, having served as Chief Architect and VP of Engineering at Raindance Communications and Lijit Networks, is intimately familiar with what it takes to keep a business running when the slightest outage means lost revenue and unhappy customers.

“VictorOps was founded to empower the people that keep the systems running in today’s 24x7, technology-centric businesses,” said Vernon, co-founder and CEO of VictorOps. “With over 60 years of combined experience in the VictorOps founding team alone, we have built and rebuilt systems to help our teams succeed. We can’t help asking ourselves, ‘Why in a world with Salesforce.com to help sales teams and Rally Software to revolutionize the way development teams interact has operations been left out of the party?’”

Over the last 20 years, an ever-increasing number of businesses have adopted 24-hour business cycles and customers have enormous expectations that businesses are always on, always available, and always functioning. Even the best-engineered infrastructures, with all the appropriate levels of redundancy, require constant remediation by the operations team to correct the problem and deliver 24x7 service to customers. VictorOps aims to provide a vertical collaboration platform that enables operations teams to “be victorious” by easing cross-team communication at all hours of the day and night and helping them to remediate software system alerts and outages.

VictorOps will use this seed funding to build its vertical collaboration platform. The company is looking to hire qualified software developers to join the VictorOps team, headquartered in downtown, Boulder, Colo. SaaS businesses of all sizes – SMB to enterprise – who are interested in joining the alpha testing team can now sign-up at http://victorops.com.

About Victor Ops
VictorOps is building the first Vertical Collaboration Platform designed to enable Ops, DevOps and TechOps teams to solve problems regardless of physical location, connected device, or time of day. VictorOps was started to empower the people that keep the systems running in today’s 24x7, technology centric businesses. Co-founded by Todd Vernon, Bryce Ambraziunas and Dan Jones, each 20-year veterans of multiple revenue-by-the-second SaaS businesses, VictorOps intends to enable a company’s most valuable asset, its people. VictorOps, currently in stealth mode, is a private company located in Boulder, Colo. that is venture backed by Foundry Group and Tango Investments. For more information, please visit http://victorops.com and follow the company on Twitter @GoVictorOps.