Securifi Announces Almond, the World’s First Wireless Router for the Rest of Us 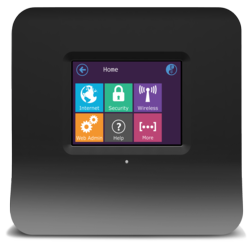 Few people would buy a microwave oven that can ONLY be set up using a computer, but everyone quietly submits to this chore when setting up their wireless routers

Slated to become available in North America in Spring 2012, Securifi’s Almond houses a 320 x 240 pixel 2.8” full-color touch screen display capable of handling all router setup and maintenance. Almond not only removes the need for the intimidating web-driven interfaces consumers have struggled with for over a decade, it removes the need for operating through a PC or Macintosh entirely. Securifi calls it the first router for the post-PC era.

“Few people would buy a microwave that can only be set up using a computer, but everyone quietly submits to this chore when setting up their wireless routers,” says Securifi CEO Rammohan Malasani. “We set out to design a full-featured WiFi access point the average person can set up and enjoy in a minute or two. The falling cost of touch screen technology has finally made it possible.”

Mr. Malasani insists users of Securifi’s Almond router would never have to memorize—or even write down—its IP address. He also notes they’re welcome to secure the device with a password they can display as ordinary text. The result of this is that those who forget how they arrived at an exotic password like tlpWENT2m (short for “this little piggy went to market”) can simply log in via the touch screen to check it. Moreover, they can easily modify the password or other settings using the touch screen’s full QWERTY keyboard.

For all its simplicity, under the hood the Almond router sports a robust feature set. Its two internal antennas, 300Mbps MIMO throughput, full 802.11b/g/n compatibility, industry-standard WPA/WPA2 security, and basement-to-bedroom range match specs from major brands like Linksys or Netgear. Even IT departments and power users may fall in love with Almond’s blend of power, flexibility, and PC-free configuration.

Final pricing has yet to be set, but Securifi states Almond will launch at under $70.

The company believes consumers will quickly embrace Almond as the most cost-effective, user-friendly way to create and run a reliable, trouble-free N-class WiFi home network.

The Macintosh and Mac are trademarks of Apple Inc, which has no relation to Securifi or Almond. Other trademarks belong to their respective owners.

About Securifi: Founded in 2011, Securifi is an innovative global tech startup combining developer know-how from India with manufacturing expertise from Taiwan to create Routers for Humans.