California business litigation firm Callahan & Blaine announced today that a final settlement in the Orange County Register class action lawsuit has been reached, resulting in a total payment of $30 million to resolve the newspaper carriers’ class action suit against the OC Register. 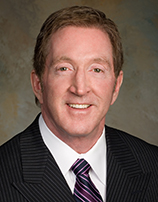 Daniel J. Callahan of Callahan & Blaine, who has successfully represented the newspaper carriers since 2003 in the OC Register class action litigation.

This settlement will result in substantial payments to over 3,000 Orange County residents who dutifully delivered newspapers in the early morning hours for many years.

California business litigation firm Callahan & Blaine announced today that a final settlement in the Orange County Register class action case (Gonzalez, et al. v. Freedom Communications, Inc., et al., Orange County Superior Court, Case No. 03CC08756) has been reached. In the settlement, the directors and officers of Freedom Communications, the parent of the OC Register, agreed to pay $15.5 million -- in addition to an earlier $14.5 million paid in 2010 -- to resolve the carriers’ class action against the OC Register. The final $30 million settlement brings closure to litigation that had been ongoing for nearly a decade.

The class action case was initially filed in the Orange County Superior Court in 2003 and then proceeded through the litigation process, culminating in seven weeks of jury trial before it was settled in January of 2009 for $38 million. While the plaintiff newspaper carriers won the battle, Freedom filed bankruptcy on September 1, 2009 and sought to eliminate this obligation through bankruptcy one week before the agreed payment date.

Daniel J. Callahan of Callahan & Blaine, who has successfully represented the newspaper carriers since 2003, was elected chairman of Freedom’s unsecured creditors committee, eventually negotiating a $14.5 million advance payment to the unsecured creditors, 98 percent of which comprised the class action plaintiffs. At that time, Callahan also negotiated an assignment of Freedom’s rights against its own directors and officers.

Promptly thereafter, Callahan formed a litigation trust and filed a lawsuit against Freedom’s directors and officers before Judge Andrew Gilford in federal court in Santa Ana, California (Skorheim v. Flanders, et al., United States District Court for the Central District of California, Case No. SACV10-789 AG (MLGx). With trial set for July 3, 2012, the parties mediated their dispute and agreed to a payment from the directors and officers in the amount of $15.5 million.

Daniel J. Callahan of Callahan & Blaine, the lead trial lawyer in both the underlying class action and in the directors and officers lawsuit, stated: “This was a long fought battle over many years, but now has been brought to closure. This will result in substantial payments to over 3,000 Orange County residents who dutifully delivered newspapers in the early morning hours for many years.”

David J. Darnell of Callahan & Blaine, who found key evidence during discovery in the case, said: “The trust uncovered substantial evidence that the board allegedly put their own self interest above the best interests of the company and even changed its own board meeting minutes, after the fact, in an effort to cover up the board’s wrongdoings.”