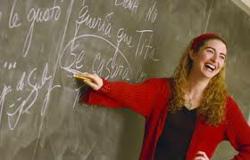 Before we purchased PD 360, I remember thinking that all the things I had heard were too good to be true. Then I found out for myself that it is true! PD 360 is everything they said and more!"

“People were talking about a professional development platform called PD 360,” she says. “Directors, coordinators—it seemed that everyone was talking about it.”

Curious, Dr. Huene-Johnson decided to give PD 360 a try. After doing some research, and signing up for a free 30-day trial, the professional development tool was purchased for all Title 1 schools in CCPS. Within little time, Dr. Huene-Johnson began to understand what all the talk had been about. Based on the impact it was having on Title 1 schools, in the 2011-2012 school year CCPS ordered PD 360 for every site in the district.

“Before we purchased PD 360, I remember thinking that all the things I had heard were too good to be true,” she says. “It couldn’t possibly be that wonderful. Then I found out for myself that it is true! PD 360 is everything they said and more.”

“PD 360 has brought a collaborative spirit to schools and teachers as it opens up dialogues,” says Dr. Huene-Johnson. “They are talking more and sharing ideas with each other. The real growth occurs with the discussion that follows as teachers take time to reflect upon their work. It’s safe to say that PD 360 has significantly raised the level of how Collier County Public Schools think of student learning and achievement.”

Anyone can join the School Improvement Network online community for free and receive a free 30-day trial of PD 360, the world’s largest online video and professional development distribution network for educators, just by logging on to http://www.schoolimprovement.com and clicking on the free trial button.

About PD 360 • Practical, Scalable, Measurable
PD 360 is the multi-award winning, leading online, on-demand professional learning resource for schools and districts. With 1,800 videos on 117 topics from 120 experts, PD 360 has the largest online community of educators, with over 822,000 subscribers. The innovative PD 360 videos are unique and class-leading because of the quality of production, and each is research-based with classroom examples of best practices. The videos are also relatively short in nature (approximately 6-12 minutes in length) allowing educators access to “snack-able” content that is easy and accessible to view and implement.

Teachers, administrators, professional learning communities, coaches, mentors, instructional leaders, and paraprofessionals have available at their fingertips hundreds of indexed and searchable video segments that present real, best-practice classroom examples and feature respected education experts, such as Michael Fullan, Rick DuFour, Doug Reeves, Rick Stiggins, and many others. Educators can instantly find the help they need on nearly every topic, including differentiation, assessment, English language learners, leadership, and more. PD 360 can also be used to create a structured learning experience for an individual teacher, a PLC, or even an entire school. PD 360 bridges the gap between training and classroom implementation with job-embedded follow-up, tracking, and reflection tools. The online platform gives educators access to an online community of teaching professionals that allows interaction and collaboration either within a district or across the United States and the world. PD 360 includes over 1,800 research-based video learning segments and is the most comprehensive web-based library of professional development resources available. See a demonstration at http://www.pd360.com.