The Rottenstein Law Group, which represents clients with claims stemming from the adverse effects of vaginal mesh, commends Jeffrey Shuren, director of the FDA’s Center for Devices and Radiological Health, for stating that the FDA needs more power to block unsafe products like the faulty vaginal mesh products that sparked thousands of patient lawsuits. 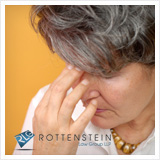 Shuren made these statements when he was interviewed for a Bloomberg article titled “FDA Device Chief Says Approval ‘Loophole’ Needs to Be Closed,” which ran on Feb. 28, 2012. The “loophole” the article’s title refers to is the fact that the FDA often lacks the authority to reject medical devices that have designs that are based on past products that have been voluntarily recalled by their manufacturers for safety flaws.

“By law, the FDA has to approve devices that cite an eligible predicate unless the older device has been ordered off the market by the agency or a court order,” the article says, paraphrasing Shuren.

Since, oftentimes, FDA-approved devices that prove dangerous are voluntarily taken off the market by their manufacturers before the FDA or the courts have a chance to act, dangerous devices can serve as the basis for new-product applications that the FDA is obligated to approve, the article goes on to explain.

The FDA clears an average of 28 devices a year that cite a predicate that was recalled by its manufacturer, according to Shuren. Among them were vaginal mesh implants that traced their designs to a product recalled by Boston Scientific. Those devices have sparked hundreds of lawsuits from patients who say vaginal mesh implants left them seriously injured, according to the Feb. 28, 2012, Bloomberg article.

The changes Shuren supports—namely, giving the FDA more power to reject devices, requiring manufacturers to submit information about recalls of predicates used in an application, and requiring the FDA to review previously cleared products to see if any have safety issues in their “device lineage”—are laid out in legislation that was introduced on Feb. 1 by four Democrats led by Representative Edward Markey of Massachusetts (HR3847). A representative from the FDA told Bloomberg that the agency isn’t taking a position on Markey’s bill, but “would be glad to work with [Rep. Markey] to provide technical help.”

The Rottenstein Law Group supports any steps the FDA and Congress take to prevent dangerous drugs and medical devices from being cleared for sale. The firm's Vaginal Mesh Lawsuit Information Center, at http://www.vaginalmeshlawsuit.com, describes all of the issues vaginal mesh victims face and explains their options. It has features that allow for easy sharing, including links for automatic posting on Facebook and Twitter, specifically to enable visitors to spread the word about vaginal mesh implants and the dangers of vaginal mesh products. The Rottenstein Law Group, a personal injury firm, encourages visitors to link to its sites from their own blogs and websites to spread information about defective medical products and dangerous drugs.