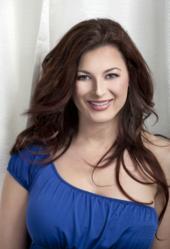 Rachel is all about drama, which is the essence of comedy. We go out of our way to add a layer of reality to our work, converting pain into entertainment (‘enterpainment’). Rachel totally embodies that spirit.

Rachel Reilly, Season 13 Champion of “Big Brother” on CBS, will join the Raging Artists Comedy Troupe for its March 11 show in the Main Room at Flappers Comedy Club in Burbank (http://ragingartists.com/2012/03/rachel-reilly-comedy/). As producer of the show, Reilly will be hosting a lineup of comics that includes Praveen Angyan, Andie Bolt, Michael Blaustein, Mike Citera, and Ernie Noh. Rich Aronovich headlines the event, with Raging Artists founder Hershel Rephun serving as MC. Feisty, beautiful, and fearless, Reilly is the winning-est competitor ever on “Big Brother” and, along with fiance and fellow contestant Brendon Villegas, is currently giving the competition a serious run for their money ($1 million) on Season 20 of “The Amazing Race”.

“We met Rachel while shooting a comedy pilot and took to her immediately,” said Raging Artists Head Writer & CEO Justo Diaz. “She is all about drama, which is the essence of comedy. We go out of our way to add a layer of reality to our work, converting pain into entertainment (‘enterpainment’). Rachel totally embodies that spirit.” Raging Artists has been changing the face of stand-up by writing material for people who haven’t performed but are willing to take the stage. As Head Writer for RA, Diaz has co-written and work-shopped stand-up material for Angyan, Noh, and Rephun as well as his own material. He’s eager to see Reilly take the plunge. “Rachel’s duties don’t demand that she perform a full set, but I’m writing one for her regardless!”

The event marks Raging Artists’ second live comedy production in as many months. On February 7, the Troupe delivered a standing room only stand-up show at new Melrose hot spot Saba Sushi, and company principals Rephun, Noh, and Diaz collectively have performed at iconic LA and NY clubs including The Comedy Store, The Ice House, Caroline’s, and Stand-Up New York. A content creation and marketing agency, Raging Artists has been immersed in comedy writing projects, including “Beyond the Brick Wall” which stages standup shows outside the club environment, as it did at the 2012 Sundance Film Festival.

For her part, Reilly - who is currently studying at Second City - is happy to bring her trademark bravery to the proceedings. “I will always try anything,” she said when approached by RA about the March 11 show, “but if I get rotten tomatoes thrown at me then OH MY I'm pouring a bottle of ketchup on y'all!”

The Raging Artists Comedy Troupe appears on March 11, at 7pm, in the Main Room at Flappers, which is located at 102 East Magnolia, Burbank CA, 91502.