White House proposes a flat year-over-year budget of $30.7 billion for National Institutes of Health. Dr. Morgan Giddings and Dr. Stephen Meltzer band together with other medical researchers to warn of delayed cures and stunted economic growth resulting from lackluster support for biomedical research in the USA. Dr. Meltzer starts a petition to get President Obama's attention on the matter, requesting that the president consider a biomedical budget that keeps up with inflation. 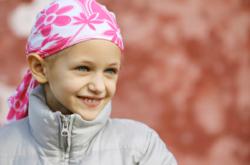 "We have a crisis-level epidemic on our hands," says Dr. Morgan Giddings, a Boise State professor who researches ways to detect breast cancer before it spreads. "It's an epidemic of cures delayed, labs closed, and of the US falling behind in research."

The US National Institutes of Health (NIH) is the most significant funder of health research in the United States. But some claim that due to the years of flat budgets, the pipeline of new cures and drugs may be drying up. It’s a situation that Giddings calls a “slow burn towards oblivion”.

She points out that the current funding situation is choking off the pipeline that trains future medical researchers. "I used to hire diamonds in the rough and take pride in training them to become bright diamonds. The desperate NIH budget for the last 10 years has put a stop to this. I am now hiring 30% fewer people than in the past. This just doesn't mean that many people are not hired: this also means we lose this hidden talent pool.”

The White House has proposed a flat NIH budget of $30.7 billion dollars for 2013 after years of flat budgets. It’s not a small number, but biomedical research is a big umbrella covering many areas of human health, from diabetes to cancer. And the choice of a medical research career is not an easy one. A budding researcher must spend 10 or more years beyond a bachelor’s degree in training before taking up the reins of a lab, yet they often start out at salaries less than their peers in professions who spend far less time training. Flat NIH budgets have reduced the number of people doing biomedical research, and also have reduced job satisfaction. One recent survey of scientists show that 98% felt morale was less than “high”.

“My early research on intestinal cancer was originally slated for funding. However, the NIH Institute making these awards had to put into effect a 40% cut in their budget, meaning that my research was cut. I was forced to fire 6 of my best and most senior lab personnel. I was also forced to abandon the promising work to find early markers of the disease, so we could stop it before it spreads,” says Dr. Stephen Meltzer, a professor at The Johns Hopkins University, who has started a petition to raise attention to the issue.

Stories of labs closing and staff being laid off are increasingly common. “This is a ticking time bomb that will likely cause an implosion of the whole medical research enterprise in the US. That would mean no new antibiotics for resistant bacteria. No new treatments for cancer or heart diseases. No new ways of predicting and reducing premature births. No new prosthetic technologies. No new understanding of how to treat lyme disease or prevent bird flu. No deeper understanding of how the human genome works, and why it gets corrupted in diseases like cancer. It’s a very long list of important projects that will be delayed or permanently dropped if the flat NIH funding continues,” says Dr. Giddings, who runs a website to help scientists with training on how to write a better grant proposal.

The nonprofit coalition United for Medical Research concluded that funding by the NIH in 2010 produced $68 billion in new economic activity, more than a 2-fold return on investment. “Essentially, the NIH funds a large group of biomedical “entrepreneurs” (researchers) whose “product” is information,” says Dr. Kerry Mowen of Scripps. “That information is then consumed by the private sector to develop technology, drugs, and medical devices that benefit the public and generate additional economic impact.”

It is estimated that a $3.8 billion government investment in the human genome project drove $796 billion in economic gains between 1998-2003; a more than 200-fold return. “This initiative played a central role in launching the biotechnology industry, which has become one of the strongest sectors of our economy, creating thousands of high-paying jobs,” says Dr. Mowen.

“The NIH is the foundation of the US biomedical research pipeline. Without a solid foundation, the whole infrastructure is at risk,” says Giddings. Yet the flat budget, coming after years of neglect, puts it at risk according to many observers.

In response to this situation, Dr. Meltzer began his petition on the “We the people” website sponsored by the White House. The goal of the petition is to gain 25,000 signatures needed to get the president’s attention on the matter. “We cleared 15,000, but the Rush Limbaugh petition is almost at 20,000 and is surging ahead of us. While it may be important for the president to address the recent derogatory comments of Limbaugh, it seems far more important that he pay attention to the urgent funding crisis that’s occurring across the biomedical research enterprise,” says Meltzer. “We need more people to pay attention to this, and to join us in sending a clear message to the president: We don’t want the US to fall behind in biomedical research. We want to remain the leaders in development of new cures that improve lives and eliminate suffering that goes along with diseases like cancer, lupus, and multiple sclerosis. My petition is aimed at doing exactly that.”

The closing date for the petition is March 18th, 2012, and at the time of this article, 9,905 more signatures are needed in order to prompt an official response. The petition can be found at http://wh.gov/81O and more information about the effort can be found on Dr. Giddings science careers and grant writing blog.