Personhood USA will run radio and television spots throughout Oklahoma to support the Personhood Act. 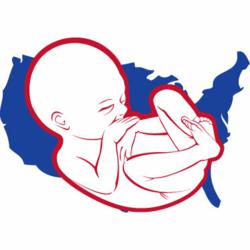 Personhood USA began a massive media campaign on Tuesday in support of the Oklahoma Personhood Act. The pro-life organization has announced that they will run both a 30 second and a 60 second radio spot and a television ad featuring Josiah Presley, an abortion survivor from Norman, Oklahoma, throughout the state.

“My name is Josiah, and I am a survivor. When my mother was two months pregnant, she decided to abort me,” says Presley. “But I survived, and a loving family decided to adopt me. I’m a person now, and I was a person then.”

The ads can be seen and heard in their entirety at http://www.PersonhoodOK.com.

Sponsored by Tulsa Senator Brian Craine, The Oklahoma Personhood Act will recognize that the life of every human being begins at conception. The bill will afford all unborn children “at every stage of development all the rights, privileges, and immunities available to other persons, citizens, and residents of this state” and define the terms “unborn child” and “unborn children” to “include all unborn children or the offspring of human beings from the moment of conception until birth at every stage of biological development.”

The measure passed overwhelmingly in the State Senate in February by a vote of 34 to 8. It is currently awaiting committee assignment in the State House.

“Every single day, 20 innocent children lose their lives to abortion in Oklahoma. The good news is there is a 2 to 1 majority of lawmakers who promised us they are pro-life, and they would protect these babies,” states the radio spokesperson. “The bad news is, right now, the personhood bill is stalled in the House of Representatives. Please, contact your Representatives, including Speaker Steele and Governor Mary Fallin. Ask them to quit stalling on the personhood bill. It is no longer enough to say that you are pro-life. We must act pro-life.”

The measure has also earned the endorsement of former Speaker of the House Newt Gingrich. The presidential candidate released a statement last month, reading: “As I have stated a number of times in this campaign, I support the personhood principle, and I support states finding ways to defend life by defining personhood under their state constitutions. It is my hope that Congress will one day pass pro-life legislation under the 14th Amendment that defines personhood as beginning at conception.”

“This is the moment that everyone in Oklahoma--dedicated to ending abortion and recognizing the dignity of every preborn baby--has been waiting for,” said Keith Mason, President of Personhood USA. “The good people of Oklahoma can become the first to declare their state a safe haven for the youngest and most vulnerable members of our human family, but we must act. The people must make their voices heard.”