Executive Director Anthony Romero says the hearing shows why the Guantanamo military commission system is ill-equipped for such a high-profile, pivotal trial and highlights why, in the interests of justice and fairness, these hearings should be held in a federal trial court. 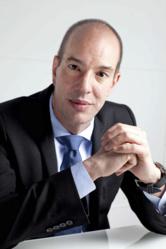 Predictably, the government's interference with the attorney-client relationship and its failure to provide adequate resources to the defense team undermine the system."

Romero, who is attending the arraignments at Guantanamo Bay said:

"It was déjà vu all over again at the substandard Guantanamo commissions, where the failures and challenges of the original 9/11 cases now plagued their latest incarnation. Once again, the impact of the defendants' torture and confinement conditions was the elephant in the room, even as the court did not permit it to be discussed.

"Predictably, the government's interference with the attorney-client relationship and its failure to provide adequate resources to the defense team undermined the system. The American public deserves to see the most important terrorism trials of our time prosecuted in legitimate federal courts capable of providing open, adequately resourced, and fair trials, instead of a commission system deliberately created to provide second-tier justice."