Health Information Exchanges (HIEs) hold boundless potential for improving the efficacy and safety of healthcare delivery by moving critical patient data to the point of care, through healthcare communities. The crucial role of HIEs to accomplish a health care organization’s move to patient-centric accountable care is undeniable, however, 97% of US physicians and 80% of hospitals are meaningfully unconnected. A small group of HIE vendors rise to the top of a sweeping early adopter satisfaction survey. 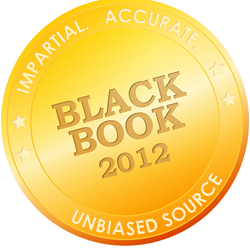 As hospitals, physicians and insurers deal with shifting reimbursement scenarios and IT investment demands, a recent Black Book Rankings user survey shows that 84 percent of industry technology executives indicated they are actively discussing regional alignment and solution purchases to address stakeholder interoperability and future accountable care demands. However, only one in fifteen provider organizations indicated that they are executing a synchronized stakeholder/vendor strategy as enterprise HIE vendors qualify their capabilities for robust triple-digit spending increases through 2014.

The comprehensive survey of 4000 healthcare delivery and insurance organizations leaders provides aggregated insight into the conditions and priorities of the enterprise HIE marketplace. The survey included validated client experience and satisfaction ratings on private HIE developers with functionally comparative products.

87% of prospective HIE purchasing decision makers indicated an intention to only consider a top tier vendor driving potentially multimillion dollar revenue surges for these firms. The top ranked HIE vendors based on client experience for 2012 are:

"These five vendors, each in their own niche, are leading the pack in private HIE customer satisfaction and client interoperability experiences," said Brown.

As an indication of the churning of vendors in this developing marketplace, some of these vendors no longer offer HIE services to clients.

The ranking is based solely on client experience and satisfaction derived from non-public HIE customers, and the study examined only enterprise solutions, which include: hospital systems and IDNs, community hospitals, large physician practices and clinics, solo and small physician practices, payers and insurers, agencies and ancillary providers.

The report notes other key findings in the 2012 Black Book State of the Enterprise HIE Industry report include:

28% of respondents are cautiously increasing HIE spends before the end of 2012, but eight of ten providers expect organizational HIE budgets to significantly increase by 2014.

85% of hospital executives assert that their expedited HIE adoption implementations are mainly inspired by pressures to prepare for ACOs and changing reimbursement models.

98% of those providers with HIE strategies in place will focus entirely on community or regional exchanges for the foreseeable future, rather than national health record exchange initiatives.

41% of healthcare technology executives say interoperability is one of their top three priorities for 2012. 92% of CIOs expect it will be a top three 2013-2014 focus area for their organizations.

More than half of all hospitals and payers agree that the HIE return on investment will be discovered in the collaboration on accountable care organizations and patient centered medical homes.

Black Book’s unbiased rankings are recognized as one of the nation’s top measurements of independent technology and services client experience in the healthcare industry. Uniquely based only on the responses of actual users, Black Book represents the market research polling results of 300,000 healthcare executives annually in over 30 product and service categories including Electronic Health Records and HIE.

Additional information is available in the Black Book Rankings report "2012 State of the Enterprise Healthcare Information Exchange Industry” at http://www.blackbookrankings.com