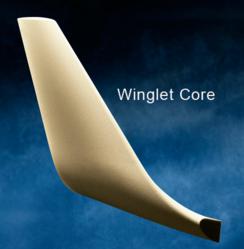 “East Wonder International, Inc. is widely recognized for its import and export trade expertise within the aviation industry in Asia, so we are thrilled to have them represent General Plastics to China’s aviation producers,” announced President Bruce Lind.

“China already represents the world’s second-largest national air travel market, next to the United States, and its role is increasing in the global commercial aerospace market and supply chains,” noted Lind. “This strategic alliance will help ensure that we are optimally positioned to capitalize on the explosive growth of the Chinese aerospace market that is projected to occur over the next 20 years.”

After working with EWI for over a year, General Plastics was impressed with the distributor’s extensive knowledge of the aerospace marketplace in China and its experience working with multiple vendors and SKUs.

“Our new agent agreement with East Wonder International accelerates General Plastics introduction to key players in the aerospace industry,” Lind said. “New customers will benefit from responsive service and ready technical expertise to help them select, spec and use the right build-to-print material and parts for their particular application and project.”

About General Plastics Manufacturing Company
Tacoma, Washington-based General Plastics has been a leading innovator in the plastics industry for more than 70 years. The company develops and manufactures rigid and flexible polyurethane foam products, which include its signature LAST-A-FOAM® brand series and build-to-print composite parts. Through its network of distributors, General Plastics exports products to 25-plus countries for the aerospace and defense, nuclear containment, composite core, prototype and modeling, construction, dimensional signage, testing, marine and the renewable energies industries. General Plastics is certified to ISO 9001:2008/AS9100C and meets such demanding quality systems as NQA-1, Mil-I-45208A and Boeing Company D6-82479. Visit http://www.generalplastics.com.