ExamForce, a leader in information technology systems exam training and preparation, announced its entree into the software sector of the training industry with the first of four practice exams for the MCPD. 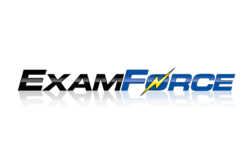 The MS 70-515 exam is designed to test the candidate’s knowledge and skills for developing Web applications using ASP.NET and the .NET Framework 4. Candidates for this exam are professional Web developers who use Microsoft Visual Studio. Candidates should have a minimum of two to three years of experience developing Web-based applications by using Visual Studio and Microsoft ASP.NET. Candidates should be experienced users of Visual Studio 2008 and later releases and should have a fundamental knowledge of the .NET Framework 4 programming languages (C# or Microsoft Visual Basic).

ExamForce expects to announce several new products in the next few weeks to boost their offerings for programmers, developers and database administrators.

A division of LearnForce Partners LLC, ExamForce was founded in 1999 to assist individuals and organizations with preparing for and passing IT certification exams. Since our inception, our industry recognized materials have assisted countless people in growing their knowledge and advancing their careers. ExamForce develops and sells training and practice test software, audio preparation programs, study guides and flash cards for the Information Technology, Financial and Trade marketplaces.