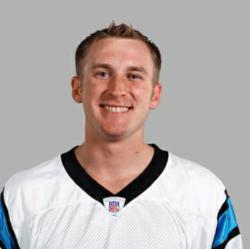 NCS Associates are some of the best kicking coaches in the country. Michael Husted.

In 2005, he earned a full ride scholarship to play at Idaho State University. He locked down the punting duties his sophomore year and did a very credible job. After a hard fought off-season, he won the kicking position as well going into his junior year.

Zeidman punted an 82 yard punt at home his junior year and still holds the longest punt in Holt Arena history. He was selected as a team captain for his senior year and was also selected as an All-American punter that year as well (2007). In 2008, Coach Z signed a free agent contract for the Carolina Panthers. He spent that summer competing for the punting and kickoff specialist jobs.

Kicking Coach Michael Husted, who created the National Camp Series (NCS) after kicking in the NFL for 9 years, says he is excited about the NCS season starting again so soon after a very successful NCS Super Camp in Orlando, Florida in February.

Husted says he is looking forward to Dan Zeidman helping high school kicking specialists increase their skills and get exposure to college coaches through his NCS events.

“By utilizing our Kicking IndeX (KIX) Player Rating System, NCS provides an objective evaluation platform for student-athletes who want to showcase their capabilities to colleges and universities for recruiting purposes,” says Husted.

Husted says kickers and coaches are seeing the value of the KIX system and NCS is showing signs of strong growth in 2012.

Husted adds the NCS is not just about player rankings but quality coaching as well, like the coaching provided by Dan Zeidman of Lifetime Kicking Academy.

“NCS Associates are some of the best kicking coaches in the country,” says Husted. “Their goal, and the goal of NCS is to provide high quality instruction to high school kicking specialists around the country.”