Girls edge out the Boys for top two slots 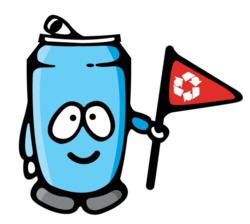 The girls gave the boys a run for their money in this year’s Great American Can Roundup Scout Council Challenge, an annual recycling contest for Boy and Girl Scouts across the country.

Girl Scout troops from Hutchison, Kan., took first and second place in the competition, which ended April 30. A Boy Scout troop from Illinois took third, ensuring that the Boy Scouts maintained a respectable showing. Sponsored by the Can Manufacturers Institute (CMI), the Washington-based trade association for the nation’s can makers and suppliers, the Great American Can Roundup helps scouts raise funds for future activities and local charities.

“We congratulate the winners and all the other troops and councils that participated,” said Robert Budway, president of CMI. “They should be really proud because their efforts not only helped protect the environment, but also raised money for local scouts and charities across the country.”

The first and second place Girl Scout troops are part of the Girl Scouts of Kansas Heartland Council which overshadowed all other councils this year, collecting 22,925 pounds of aluminum (more than 81 percent of this year’s national total) in a one-day recycling extravaganza on Earth Day. If measured at 50 cents a pound, the girls raised $11,462.50.

Their efforts generated enough cans to propel the council to championship ranks and earn a check of $500 from CMI. Reserve honors went to the Prairielands Council, which recycled 1,918 pounds of beverage cans.

“Congratulations to all of these troops for their amazing achievement and representing Kansas Girl Scouts so well,” said Shelly Prichard, Girl Scouts of Kansas Heartland CEO. “They are dedicated girls and it is great to see their commitment to the recycling effort being recognized nationally. With continued support from partners like Midwest Iron & Metal of Hutchinson, Girls Scout programs can continue to grow and benefit the girls and our communities.”

Troops were judged on a per capita basis, comparing the number of cans recycled to the number of scouts participating. Troop 50044 also collected $500 in prize money awarded by CMI.

Mike Graham, Scout Executive, Many Trails District in Illinois, praised the third place winners—Boy Scout troop 157 from Cissna Park, Prairielands Council. “They are a hard working troop with a lot of dedicated volunteers, parents and scouts,” Graham said. “They really represented Scouting well in their commitment to recycling.”

American consumers earn more than $1 billion annually from recycling cans, making aluminum and steel cans the most valuable recycled consumer package. About 67 percent of steel food cans and 58 percent of aluminum beverage cans are recycled each year in the United States. “By far, cans are the most recycled package in the United States,” Budway noted. By comparison, glass is recycled about 31 percent of the time, Polyethylene terephthalate, or PET containers, 29 percent, and aseptic cartons, 6.5 percent.

The can’s significant value stems from its unique characteristic of being 100% recyclable back into the original package. Once placed in a recycling bin, a can could be back on a store shelf in as few as 60 days. This closed-loop recycling process has kept millions of tons of material out of landfills. Indeed, 75% of all aluminum ever produced is still in use.

“Metal, essentially, is a permanent resource,” said Budway. “Chances are, the metal in the soda can you’re holding now was previously used by your grandparent’s generation and will likely be used by your grandchildren’s generation. A permanent material meeting the needs of yesterday, today and tomorrow, while minimizing landfill waste and resource depletion – what can be more sustainable than that?”

About The Can Manufacturers Institute (CMI)
CMI is the national trade association of the metal can manufacturing industry and its suppliers in the United States. CMI members account for the annual domestic production of 130 billion food, beverage, and general line metal cans. Together, they employ approximately 35,000 workers and operate nearly 150 plants in 36 states. For more information, visit http://www.cancentral.com.