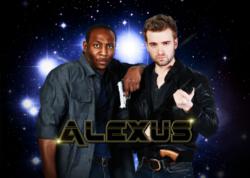 The film is described as "Die Hard and Lethal Weapon meets The Fifth Element."

Troy is best known for his roles in “Chillerama” and “Filth to Ashes.” He is also one of the stars of Adam Rifkin's upcoming scripted comedy "Reality Show" set to debut this fall on Showtime.

Jackson starred in “Brotherly Love” and “I Want to be a Soap Star,” while Vincent guest starred in “One Life to Live” and starred in “Devils Inside.”

Tony Germinario of Vincenzo Productions, LLC wrote the film’s screenplay, which is described as "Die Hard and Lethal Weapon meets The Fifth Element."

The film will be shot in September in Los Angeles and will be produced by Troy, Skinner and Jackson.

Here is a brief synopsis of “Alexus”:
Anton stars as Gideon, an impulsive, brooding undercover detective, who, along with his watchful veteran partner Daniels (Skinner) must infiltrate the stronghold of Russian kingpin Ivan (George Vincent) to recover a mysterious package from what appears to be a routine drug deal. Everything goes smoothly until Gideon is gunned down and nearly killed during an unsuccessful negotiation. In the encounter, the thugs become suspicious and want to know what's so special about their newly intercepted merchandise. Awakening in a pool of blood, and driven by a rage for justice, Gideon is forced to sacrifice everything -- including the love of his life, his partner and his sanity -- in a desperate effort to retrieve a package that he alone knows is far more precious than himself and maybe even the world.

The piece is a 30-minute short that the producers are planning to turn into a feature. A three issue graphic novel also is being made.

Those who are interested in helping to bring the vision to life can donate to the official Alexus Kickstarter page.