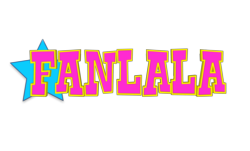 The 2012 NO BULL Teen Video Awards is being hosted by radio personality, St. John, of CBS owned Radio Station 99.7 [NOW!] and includes musical performances Sean Kingston, New Boyz, and Surprise Guests. The show will also include the announcement of the 8 final NO BULL winners and the first annual Stand Up Lifetime Achievement Award recipient will be awarded to Harvey Weinstein and accepted on behalf of Lee Hirsch, Writer and Director of the powerful film "BULLY." The 15 nominees and 8 final NO BULL winners were selected by a panel of esteemed judges including Dr. Mehmet Oz and his wife Lisa Oz, Lee Hirsch, Filmmaker and Director of the film “BULLY,” Ann Shoket, Editor-In-Chief, Seventeen Magazine, Deborah Liebling, President for Red Hour Films, Alyssa Rodemeyer, 16-year-old sister of bullied victim Jamey Rodemeyer, Teri Schroder, iSafe CEO, to name a few.

“Encouraging and supporting creativity and empowerment in kids lives is what Fanlala is all about,”said Alan Anderson CEO of Fanlala and Co-Chair of Teen Video Awards.”Fanlala is proud to be a part of such a noteworthy event. We recognize the value of using entertainment and music to celebrate the incredible effort that these young filmmakers have exhibited.”

According to Pew Internet Research Center 95% of teens using social media have witnessed bullying behavior on social network sites and 55% of them witness it frequently. 80% of those who have seen cyberbullying occur online have defended the victim of the abuse. Since 68% of teens think cyberbullying is a serious problem, The Great American NO BULL Challenge goal is to bring awareness to this prevalent issue in our society.

The 2012 NO BULL Teen Video will take place at The Fairmont Hotel in San Francisco on Saturday July 21st 2012. The Celebrity Meet-and-Greet, Red Carpet and VIP Reception begins at 5:30pm and the Dinner and Show begins at 7pm. Purchase your tax deductible tickets or tables at: http://www.teenvideoawards.eventbrite.com. Tickets are limited.

Fanlala is the go-to social entertainment and lifestyle site for tweens and teens that offers the best of popular media tailored just for them in one safe place. From original content and customized music to entertainment news and cool community features, Fanlala is a fresh online community that delivers teen content when and where they want it. Fan up at http://www.fanlala.com.

About The Great American NO BULL Challenge and Teen Video Awards:

The NO BULL Challenge is the largest annual youth-led campaign and video contest in America that promotes social media responsibility at the teen level and is free to all U.S. middle and high schools. The NO BULL Challenge uses the power of social media, music and the magic of filmmaking to inspire 25 million middle and high school students every year to write and direct their own 2-5 minute film that speaks to the widespread epidemic of social media casualties. The Teen Video Awards will celebrate the culmination of the 3-month, NO BULL Challenge video that will be held every year. Eight youth filmmakers will be announced live at the Teen Video Awards, a high profile, high-energy tribute and celebration to teens around the country.

The Great American NO BULL Challenge is a 501c3 organization.