Nicole Schmidt is trying to provide for her daughters by earning a medical billing & coding degree. SR Education Group lends a hand. 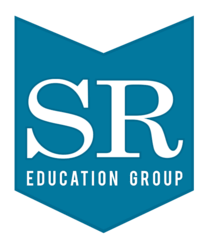 I want my daughters to see the importance and value of a college education.

SR Education Group awarded the $2,000 Mom Scholarship to Nicole Schmidt. Nicole is a 23-year-old single mother of two and has no outside sources of financial support. She lives in Carey, Ohio, and is earning her certificate in medical billing and coding from Marion Technical College.

Nicole’s short employment history has been tumultuous. She has worked for several temp agencies and in factories but has never held a long-term position. When she and her husband had their first child, Nicole looked forward to being a stay-at-home mom, a dream that came crashing down shortly after the birth of her second daughter. Her husband left, and they were divorced shortly thereafter. Nicole now needed to provide for her two daughters.

Due to her previous employment history, Nicole recognized that she needed additional education in order to accomplish her career goals. She enrolled in the medical billing and coding program at Marion Technical College in the hopes of earning a position at a physician’s office. Medical billing and coding grabbed Nicole’s interest after she looked through some of the coursework her mother was taking; it appealed to her strong sense of organization and offered her the opportunity to work in an industry where she felt she could make a positive impact.

Nicole sees her medical billing and coding certificate as the first step in her career. Once she settles in a steady job, she foresees many opportunities for advancement in her career. She would like to pursue an associate degree in health information technology and specialize in an area such as cancer registry or auditing.

The strongest motivation for Nicole is her children. She says, "By me going to college and obtaining a certificate for medical billing and coding, I believe it will show my children that I am a strong mom and that I want a good life for them ... I want my daughters to see the importance and value of a college education."

By awarding the June 2012 Mom Scholarship to Nicole, we hope that her dream of setting a good example and providing for her children becomes a reality.

Finalists
There were five outstanding finalists who did not win the June 2012 Mom Scholarship. We would like to bring your attention to their stories so that you recognize that there are many students who still need your help. Each finalist received a $100 award.

Heather Neal is a mother of two and a recovering heroin addict who has been sober for two years. She is pursuing a degree in human and social services from Marion Technical College and wants to become a social worker to help others through the same struggles that she experienced.

Nanci Santistevan wants to become a drug and alcohol counselor by earning her degree in psychology from Colorado Christian College. She wants to draw on her personal experiences as a teenager to empathize with struggling adolescents. Through her degree, Nanci hopes to provide financial stability for her three sons.

Ronda Rocha discovered that she had cancer when she became pregnant with her son. Fortunately, both she and her son survived the dangerous pregnancy. When her son was 12 months old she began to notice delays in his behavior, and her son was soon diagnosed with a form of autism. She wants to graduate with a nursing degree from Kaplan College to teach her children to pursue their dreams and make them proud of her.

Stacey Neet is earning a nursing degree from North Idaho College, and when she graduates, she will seek a job with the labor and delivery unit at Sacred Heart Hospital in Spokane, Washington. Her two daughters both want to work in the medical field when they grow up, and Stacey wants to show them that they can achieve their dreams at any stage in life.

Tiffany Gist is a single mother working part time as a PSA and attending school full time, all while supporting her 7-year-old daughter. She is earning her associate degree in nursing from Marion Technical College to provide a better life for her daughter and work in the field that she loves.

About the Mom Scholarship
SR Education Group awarded the Mom Scholarship one time in June of 2012. Recognizing that single parents typically face an even greater financial need, SR Education Group will now be offering the Single-Parent Scholarship six times per year. To apply, enrolled students answered three open-ended questions to provide a clear picture of how the award would contribute to their life goals and how they hoped to impact the world around them.

About SR Education Group
Since the company was founded in 2004, SR Education Group has been dedicated to building the most authoritative websites for students making career-related education and financial decisions. Their websites help students decide which degrees best fit their goals and provide objective information and data on hundreds of colleges. Their flagship site, GuidetoOnlineSchools.com, features thousands of reviews from online college students and releases Online College Rankings every year to ensure that students receive maximum value from their college.