Rodney Crowell - The Ballroom at the Taft Theatre - September 28 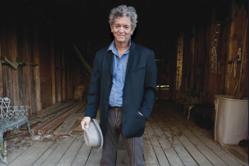 One of America’s finest singer-songwriters will make his return to the Queen City when he plays the Ballroom at the Taft. Rodney Crowell will perform on Friday September 28th as he continues to support his fantastic new album KIN, Songs By Mary Karr And Rodney Crowell.

General admission tickets, $19 ADV & $25 DOS (plus applicable fees), go on sale this Friday July 20 at 10 AM at http://www.ticketmaster.com, http://www.tafttheatre.org, the Taft Theatre Box Office and all Ticketmaster outlets including select Kroger stores. Charge by phone at 1.800.745.3000.

Long known as a poet among songwriters, Crowell is a masterful storyteller and hit generator. He charted five consecutive number one hits with his debut Diamonds and Dirt and has become one of the most critically acclaimed artists in country music. Crowell’s songs have been recorded by the likes of Johnny Cash and Rosanne Cash, Keith Urban, Tim McGraw and Norah Jones. He was recently inducted into the Songwriter Hall of Fame between Willie Nelson and Guy Clark. After reading Karr’s memoirs—Cherry and The Liar’s Club—which spent over a year on the New York Times Bestsellers list and allegedly kick-started the memoir craze—Crowell name-checked her in “Earthbound,” a track off his critically acclaimed album Fates’ Right Hand.