Clickstop Once Again Named to the Inc. Magazine 500|5000 List of Fastest-Growing Companies 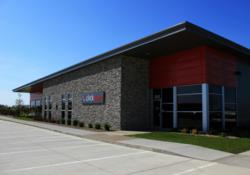 Three years in a row on the Inc. 5000 list is an exciting accomplishment, as it confirms that what we’ve been doing is setting us apart in a field of top competitors.

The list represents a comprehensive snapshot of America’s business entrepreneurs, and the honor puts the company among a group of elite, that in past years has included e-commerce companies and retailers including Zappos, Under Armour and Timberland, among others.

The compilation of information measures revenue growth from 2008 through 2011. In what was described by the magazine as the "most sluggish three-year period since the Inc. 500 got its start back in 1982," Clickstop boasted a 273% growth over that time frame.

The company was founded in 2005 when CEO Tim Guenther began selling cargo control equipment such as professional grade moving blankets on what has now become the company’s flagship site, USCargoControl.com. The company also now operates nine additional online stores, including SpaceSavers.com, EcoFoil.com and BellyBling.net. Clickstop first made the Inc. 500|5000 list in 2010 with a ranking at #1122 and last year was ranked at #913.

“Three years in a row on the Inc. 5000 list is an exciting accomplishment, as it confirms that what we’ve been doing is setting us apart in a field of top competitors,” said Guenther. “But we’re most excited about putting what we’ve learned over these past years into action, and continuing to move forward and grow the business even further.”

According to Guenther, those plans include a warehouse expansion that will increase the company’s current storage capacity by 42,750 square feet, as well as continuing to expand its product mix across several of its brands.

About Inc. magazine
Founded in 1979 and acquired in 2005 by Mansueto Ventures LLC, Inc. is the only major business magazine dedicated exclusively to owners and managers of growing private companies that delivers real solutions for today’s innovative company builders. To qualify for the magazine’s 2012 list of 500|5000 fastest-growing companies, businesses must be U.S. based and privately held, for-profit, independent (not subsidiaries or divisions of other companies) and have had at least $200,000 in revenue in 2008, and $2 million in 2011. Complete results of the Inc. 5000, including company profiles and an interactive database can be found at http://www.inc.com.