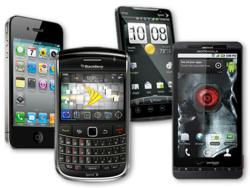 Technology developments have transformed what it is possible to achieve with a mobile phone, but sometimes even these amazing gadgets are used for jobs way beyond designer’s wildest dreams. Gadget insurer Protect Your Bubble reveals the list of the five most unconventional uses for mobile phones ever!

1.    A medical guide for life saving surgery
A British surgeon successfully amputated the arm of a mortally wounded teenager in Congo, Africa, with help from instructions sent to him by text message.
The teenager had only a few days to live after his arms were ripped off and gangrene began to set in.
Seeking expert advice, David Nott texted his surgical colleague, Meirion Thomas.
Thomas replied almost instantly, with ten steps Nott should follow to safely complete the surgery. Amazingly, the surgery was a complete success and the teenager made a full recovery.

2.    Mobile breathalyser
Had one too many? Now, IPhone users who take drinking responsibly can check their blood alcohol content with the Ibreath. Capable of measuring between 0.000 to 0.100%, the attachable gadget gives you the power to prevent an arrest or an accident before getting behind the wheel. Compatible with IPhones and Ipods, the gadget also surprisingly, and rather irrelevantly, doubles as an FM transmitter, which can transmit your personal music wirelessly to your car radio.

3.    Bulletproof vest
While out mowing the lawn, Ronald Richard, of New Orleans, was hit by a stray .45 calibre bullet square in the chest. Incredibly, Mr Richards was completely uninjured when the bullet hit his mobile phone which was quite fortunately clipped to his overalls, just over his heart.

The bullet, believed to be a stray from hunters in nearby woodlands, completely destroyed the mobile phone, but at least Mr Richards was able to finish mowing the lawn.

4.    Shooting a love story
An award-winning film maker used a Nokia N8 mobile phone to film and produce a first-person love story. The short film depicts an interesting first person perspective of one lover from France, and one from New York who seem worlds apart making their way overseas to close the gap and reunite.

The film, lasting just two minutes and 25 seconds, was dubbed winner of the Nokia Short Competition 2011 and the 9th most creative internet film of 2011 by TIME Magazine.

5.    A shocking weapon
Surely, everyone remembers Naomi Campbell launching her mobile phone at a maid? Well now, a self defence company have taken mobile phone weaponry one step further, with the launch of a mobile phone stun-gun. Not actually able to make calls, the stun gun looks exactly like an everyday mobile phone, until a button is pressed and the gadget releases up to a whopping 3.6 million volt shock to any would be attacker. Quite impressively, the top of the range model also doubles as a flash light.

Stephen Ebbett, director of Protect your bubble, comments "With such an impressive track-record every mobile phone surely deserves a little protection." Protect Your Bubble is a specialist gadget insurance provider, which provides cover designed specifically for modern smartphones.