The popular Call of Duty series will return on November 13 with a new edition titled Call of Duty: Black Ops II for the Playstation 3, Xbox 360, and PC. For the Xbox 360 and PS3, there will be 3 versions of the game available - the standard, the care package and the hardened version. 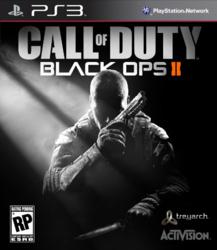 Call of Duty: Black Ops II is available for preorder on PS3 and Xbox 360 in various versions and special editions. The game ships on November 13.

Call of Duty: Black Ops II will be available on November 13 for the Xbox 360, Playstation 3 and PC at SportsFanPlayground.com. The game will also be available in a standard version that will contain only the game, a hardened version and a care package edition.

The Call of Duty: Black Ops II Care Package will include a remote controlled Quadrotor Drone w/Stand, a Limited Edition 2-sided SteelBook, 2 Challenge Coins, Official Soundtrack, and Xbox Live Claw and zombie avatar props. On the Playstation 3 version of the Care Package, it comes with a Playstation Network zombies and multiplayer themes.

In the Hardened Edition, the package comes with everything listed minus the Drone and Stand. Along with the other items listed in the outside, both the hardened and care packages include -

SportsFanPlayground.com is a leading online e-commerce provider of sporting goods from the NFL, NHL, MLB, NCAA, NBA, UFC, and WWE, among other leagues around the world. The store also has a variety of electronics which range from tablets, PCs and cameras to video games, DVDs, Blu-Ray Discs, appliances, lawn and garden products and more.

The store also carries the top brands in electronics and apparel including, Nike, Adidas, Apple, Sony, Samsung, Microsoft, EA Sports, and many more. The company recently began its initial expansion into clothing and jewelry and will continue to expand over the next several months.

The Call of Duty: Black Ops II features many in-game and stylized additions to make the game lively and exciting to gamers around the world.