The “deferred action” initiative for unauthorized youth who were brought to this country as children offers immigration leverage. 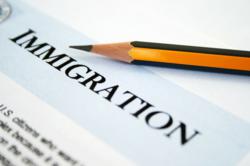 I recommend getting in your paperwork as soon as possible. A change in political administration this November may put a stop to this program.

President Barack Obama has finally brought to light a policy, the “DREAM Act” (acronym for Development, Relief, and Education for Alien Minors) that will provide permanent residency to law-abiding undocumented residents who are students or serve in the U.S. military.

The DREAM Act immigration plan and program is not a dream anymore for the people of America. In June of 2012, Obama announced the new immigration program to help young people that qualify. The DREAM Act will NOT help you become a U.S. Citizen or get your permanent legal status.

Under the administration’s plan, illegal immigrants in Sacramento, California and across the U.S., will be immune from deportation if they were brought to the United States before turning 16 and are between the ages of 15 and 31. They would have to be in the country for at least five continuous years, have not been convicted of any serious crimes, graduated from a U.S. High School or earned a GED, or have been accepted into an institution of higher education or be an active member of the U.S. Armed Services or a veteran thereof.

The “deferred action” initiative for unauthorized youth who were brought to this country as children offers immigration leverage. This initiative, announced by Homeland Security Secretary Janet Napolitano, offers a two-year, renewable reprieve from deportation to unauthorized immigrants who:

The deferred action process does not have a way to appeal if a case is rejected. The DREAM Act requires that every applicant register with the government. "Thus it is very important that you seek good legal advice from an immigration attorney," Sacramento immigration attorney Jesse Atwal said. The experienced immigration attorneys of Bowman & Associates help clients across California from their offices in Sacramento and Folsom. "I recommend getting in your paperwork as soon as possible. A change in political administration this November may put a stop to this program."

Olivia, a 22-year-old undocumented student who was 3 when her family brought her to the United States shares, "they never asked us if we wanted to come (to this country) and we think that we're Americans. Now, with Deferred Action, we see an open door that we had thought was closed." Fox News, August 16, 2012

"Now the hard working high school and college students and veterans can live in the US without fear of deportation anymore." said Sacramento immigration attorney Jesse Atwal. The experienced immigration attorneys of Bowman & Associates help clients across California from their offices in Sacramento and Folsom.

California is one of a few states which adds more benefits to the DREAM Act:

Illegal immigrants will be able to apply for financial aid and merit-based scholarships to help pay their way through California's public colleges and universities, now that Gov. Jerry Brown this weekend signed the state's groundbreaking and controversial Dream Act, which ramps up existing allowances for the students in question. Since 2001, California law has extended in-state tuition rates to illegal immigrants as long as they have attended a California high school for at least three years, earned a high school diploma or GED and have proof that they are working to obtain citizenship. Under rules newly signed by Brown, beginning Jan. 1, 2012, illegal immigrants can apply for and receive scholarships derived from non-state funds and, beginning Jan. 1, 2013, for financial aid partially comprised of state funds. ABC News, October 9, 2011

The submission of Affidavits alone will not be sufficient as proof that you meet the criteria listed above for consideration of deferred action for childhood arrivals, but you can submit affidavits to supplement where documentary evidence is not available or to fill gaps in the time for five year residence. DREAM Act applications can be filed on August 15, 2012 – don’t delay, file today. Our experienced California immigration lawyers can help.

Due to the ambiguity of the process of this act, we recommend that you contact our office and let an experienced Sacramento immigration attorney assist you with the procedure. We understand, through our clients, what it is like to have the constant fear of being deported. Our suggestion is that you take advantage of this new policy and let us help guide you through it. We will be there for you through every step of the process.