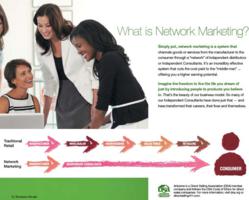 Although economists predict some improvement in the jobs picture, they do not expect to see significant movement in a job market in which the unemployment rate has been above 8 percent for 42 consecutive months and the average length of joblessness for those remaining in the labor force is nearly 39 weeks. These data exclude the millions of Americans who have stopped looking altogether and dropped out of the workforce. Six million job seekers have exhausted their unemployment benefits since the start of the economic downturn in 2007, according to a National Employment Law Project report.

With nearly 13 million Americans unemployed, and 21 million either under- or unemployed, sustained strong job growth is needed just to make a dent in the problem, according to recent statements from the Federal Reserve. Small businesses, many started by women, remain the nation’s primary creator of new jobs.

Over the past year, statistics show high numbers of women leaving the workforce due to the Great Recession and for personal considerations. Many women leave the labor force temporarily or permanently to care for children and other family members, making work-from-home careers an attractive option that provides the flexibility necessary to balance work and family responsibilities.

And the historic period of high unemployment is fueling consideration of alternative careers, with many women entrepreneurs exploring work-from-home opportunities including new ventures in multi-level marketing focused on the booming anti-aging sector.

Reports show that despite the challenging economic outlook women entrepreneurs are capitalizing on new work-from-home opportunities in MLM marketing, an alternative to traditional office jobs, starting their own successful businesses from home and making money on their own terms.

According to reports, as the nation’s population ages demand is expected to rise for such anti-aging therapies as skincare products and vitamin supplements, a network marketing segment poised for expansion as the nation’s aging baby boomers start to retire.

Direct selling is the sale of a consumer product or service, person-to-person, away from a fixed retail location, marketed through independent sales representatives who are sometimes also referred to as consultants, distributors or other titles.

Just about any product or service can be purchased through direct selling somewhere in the world. Many people think of cosmetics, wellness products and home décor as products that are often sold through direct sales, but add to that countless other product categories including kitchen products, jewelry, clothing, organic gardening supplies, spa products, scrap booking supplies, rubber stamps and much, much more.