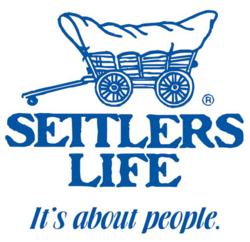 We’ve weathered the storm of the recent recession extremely well, and now it’s time to expand.

Settlers Life Insurance Company is pleased to announce that its final expense whole life insurance products are now available in seven new states: Arkansas, Kansas, Missouri, Nebraska, New Jersey, New Mexico, and Oklahoma. Michael Lowe, President of Settlers Life, explained, “We’ve spent the last five years improving our internal processes and the quality of our pricing. We’ve weathered the storm of the recent recession extremely well, and now it’s time to expand.” The addition of these seven states increases Settlers Life’s marketplace to thirty-six states. “We now cover the heartland of America and all of the Southeast. Only New England and the Pacific Coast remain outside our marketplace,” said Mr. Lowe. Settlers Life is now recruiting agents in these seven states.

Settlers Life Insurance Company is a member of the NGL Insurance Group, with its primary administrative office in Bristol, Virginia. Settlers Life has more than 2,800 independent agents appointed in thirty-six states. Since 2007, Settlers Life has maintained an A. M. Best financial strength rating of “A minus” (Excellent), the fourth highest of sixteen such ratings. A.M. Best states that an “A minus” rating “is assigned to companies which have, in our opinion, an excellent ability to meet their ongoing obligations to policyholders.” A.M. Best is the oldest and most widely recognized rating agency dedicated to the insurance industry.