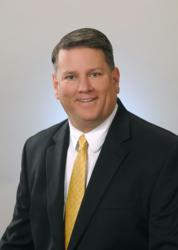 As president-elect, Gent will coordinate the association’s management overview process, provide an annual review of association by-laws and code of ethics, and serve on the chapter and statewide awards committees. He will become association president on Sept. 1, 2013.

Hired by KUA in 1993, Gent is responsible for the utility’s internal and external communications, including marketing, media and public relations, employee communications, special events and corporate philanthropy.

Gent holds a master’s degree in strategic public relations from The George Washington University, where he graduated valedictorian in 2011. He earned his bachelor’s degree in communications from the University of Central Florida and in 2010 was inducted into UCF's Nicholson School of Communication Alumni Hall of Fame.

About FPRA
Founded in 1938, the Florida Public Relations Association is the oldest public relations organization in the U.S. Members represent a variety of different organizations including private and public corporations, government entities, not-for-profits, counseling firms and independent practitioners. As a statewide association, FPRA boasts more than 1,000 professional and student members in 15 professional and 11 student chapters.