Author Daniel Michael writes a version of a very probable Apocalypse in “The New Beginning” – it is a tense, gripping, portrayal of American society forced to turn into a monstrosity to survive 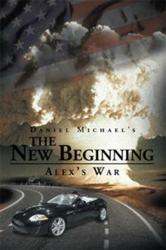 On a year in the near future, at 7:15 p.m. on the 21st of October, the entire American government is wiped out by nuclear warheads. No one was sure who did it. As the first wave of attacks came, surviving Americans soon knew that both the Russians and Chinese, through a systematic infiltration of North America and a complete program of invasion, are the enemies. The survivors have to collect their wits, put up a defense, and harness all sorts of technological and material resources in order for America to survive and continue in The New Beginning, a vision of an America after a successful enemy nuclear attack.

Fully a hundred million Americans did not survive the first wave of attacks. Alexander James, then a civilian, is enlisted into the army. The United States, what is left of it, turns into a highly militarized and technologically conscious political entity to combat the oncoming hordes of Chinese and Russians. Fighting rages across the American continent, and Americans themselves are forced to think up all sorts of guerilla operations to momentarily stop the enemy juggernaut, regroup, and perhaps (in a vain hope) to defeat it.

Years of fighting changes the remaining landscape of America. Buildings are built like fortresses, high technology forms a defensive border even over American skies, children study war in kindergarten, and society lives and dies by the strength of its war slogans and the will to take the fight to the enemy. Alexander James is absent from family life for years on end. He makes it to Colonel in the armed forces and is a pivotal personality in a desperate operation to stop the war totally by infiltrating the Russian high command. He becomes a hero but refuses to be drawn in to the next presidential election, being disillusioned by what American society had become because of the war. This novel is the start of a riveting new saga of a future America fighting for its very survival.

For more information on this book, interested parties may log on to http://www.Xlibris.com.
About the Author
Author Daniel Michael is a 33 year old man with a lovely wife and five wonderful children. He loves to write and has been doing so since he was a child. Daniel has written hundreds of poems, a few plays for the youth groups that he has participated in as well as volunteered his time to help lead, and two novels. He loves spending time with his children, watching his family extracurricular activities, fishing and writing. He looks forward to a long career as an author entertaining as many readers that may take an interest in his writing.