Francis M. Smith speaks out for personal injury attorneys in NJ regarding the tragic loss of four American heroes in Libya. 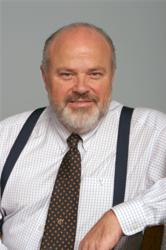 Frank M. Smith joins the legal community in honoring the first two heroes killed in the initial attack to the U.S. consulate in Libya and the second two killed as they were attempting to escape to a safe house.

The four of America’s heroes who were killed in the attack on the American consulate in Libya are remembered by the deep loss felt by their families and their deep loss to our country, and are honored by Francis M. Smith, personal injury attorney based in Mountainside, Annandale and Morristown, NJ.

“As a personal injury attorney I have represented those left lost bereft by the wrongful death of a loved one. I counsel people who face such losses in their daily lives, and join in the grief felt by all Americans in this tragic loss to our country, and the families involved,” Francis M. Smith reflects. In addition to shouldering enormous responsibilities to represent American outreach and protect us abroad, these heroes touch our hearts by how they enjoyed their personal lives as well:

J. Christopher Stevens, the American ambassador to Libya started his career as a lawyer. He worked long years bringing a better life to North Africans implementing programs of American aid.

In addition to being a 10-year veteran of the U.S. State Department, Sean Smith was an avid online multiplayer gamer, who is survived by his wife, Heather, and two children, Samantha and Nathan.

Tyrone S. Woods, a highly skilled Navy SEAL veteran, enjoyed riding his motorcycle and Ford Mustang. He was registered nurse and paramedic. He is survived by two teenage boys, Tyrone Jr. and Hunter and an infant son Kai and wife Dorothy.

Glen A. Doherty, was also a highly skilled Navy SEAL veteran, a paramedic, current author, and spent his early career as a ski instructor. He leaves his father, Bernard, his mother, Barbara, a brother, Gregory, and sister, Kathleen.

Francis Smith joins the legal community in honoring the first two heroes killed in the initial attack to the U.S. consulate in Libya and the second two killed as they were attempting to escape to a safe house.

With the outbreak of violence throughout the Muslim world, many more innocent Muslim citizens will be injured and possibly die – all of which could be averted. Imagine if Muslims countries allowed families to sue those irresponsible organizations who incite artificially trumped up demonstrations, catching unwitting civilians in their cross-fire. If Al Qaeda had to take accountability and responsibility for the civilian injuries and deaths that occur as a result of their quest for fame they would need to answer for the risks and danger they bring to their communities.

“This is a case of misplaced responsibility for the lives and welfare of their Muslim brethren,” Smith says. “If Muslim investments, organization, and energy focused on improving their lives – rather than destroying the West, we would see real progress for nearly a quarter of the world’s population.”

Francis M. Smith first began practicing law in 1976. For the first nine years of his career, he worked as in-house counsel for two different insurance companies. In 1985, he began representing personal injury plaintiffs, and he has continued to do so for the past 27 years. Today, he handles all types of personal injury cases throughout NJ counties such as Sussex County, Union County, Morris County and Hunterdon County, including those involving motor vehicle and roadway accidents, slip and fall/dangerous property accidents, dog bites, construction accidents, and injuries of all kinds. More information on Francis M. Smith is available at http://www.franksmithlaw.com