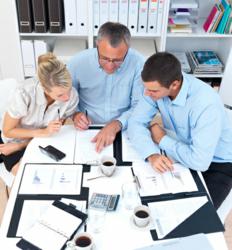 New companies are forming in Blackburn

The combination of a net growth in new companies and a drop in company closures is a very positive for Blackburn.

Blackburn has had its most successful second quarter ever in terms of net growth in number of new company formations. Net company growth for Blackburn during the second quarter of 2012 was 107 companies. Not only is this the highest ever net growth on record for a second quarter in Blackburn, it also represents an increase of 23.0% on the same period last year.

Further good news for the town came in April, when a record 74 new company registrations topped all previous records for that month.

“The combination of a net growth in new companies and a drop in company closures is a very positive for Blackburn."

"The town experienced a record number of company closures at the height of the recession in 2009, but since then closures have been dropping steadily as new company numbers have risen.”

"The positive data in the Duport Business Confidence Report for Blackburn suggests that the town is beginning to thrive in the face of tough economic conditions."

More information can be found at http://www.duport.co.uk/blackburn.