Tracy Lewis, CEO of lingerie and swimwear business Eveden, has been named Ernst & Young’s Entrepreneur of the Year for the best consumer product business across the Midlands region. 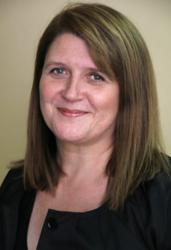 The award’s regional finalists have combined revenues of £18 billion, have created over 63,000 jobs and have grown their businesses by 20% since last year.

Now in their 26th year, the Ernst & Young’s awards celebrate many of the world’s most dynamic and successful companies, along with the pick of the most inspiring entrepreneurs. Tracy will now go on to the next stage and be considered for the overall UK Award ceremony, which is due to take place in October.

The UK’s largest lingerie and swimwear designer and manufacturer, Eveden is based in Northamptonshire, in the heart of the Midlands, the group includes the brands Freya, Fantasie, Fauve, Elomi, Goddess and Huit. Eveden has achieved much of its success by creating lingerie and swimwear for women with larger cup sizes, designing collections from an A to a K cup.

Often considered the world's most prestigious business accolade, the Ernst & Young Entrepreneur Of The Year awards cover a wide range of categories, which embrace 93% of the global economy, including 50 countries and 140 cities. In all, the award’s regional finalists have combined revenues of £18 billion, have created over 63,000 jobs and have grown their businesses by 20% since last year.

The Eveden CEO had to meet several criteria to be considered for the award. The Ernst & Young Entrepreneur programme sets out to recognise business leaders who have the passion, vision and drive to succeed; who can be a compelling leader and responsible for the company’s success; and who are based or have their chief operations in the UK.

Tracy Lewis described how the award had capped an eventful time for the business, saying, “It has been such a busy and exciting year for Eveden, so it is great that we have been recognised as a leading Midlands business. In April we became part of the Wacoal Group, which we are really thrilled about. We now have a great opportunity to develop the reach of our brands globally even further. On behalf of Eveden, I am absolutely delighted to have been presented with the Midlands Entrepreneur of the Year award.”

About Eveden
Eveden specialise in designing and manufacturing high quality, fashion-conscious lingerie (including strapless bras and balcony bras), along with bra-sized swimwear, for the fuller bust and the fuller figure. Their range of brands includes Freya Lingerie, Freya Active, Fantasie, Fauve, Elomi and Huit. For more information about Eveden please visit eveden.com or email press@eveden.com