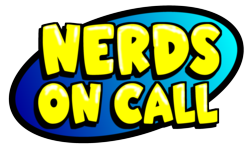 Over the weekend of September 15, researchers discovered a large security hole in Microsoft’s Internet Explorer. The security hole is more pervasive than any previously discovered and affects the last four versions of the browser, IE 6, 7, 8, and 9. The bug has been revealed to affect Windows XP, Vista, and Windows 7, putting all Windows users, who browse the web with Internet Explorer, at risk. (Zataz.com, 2012)..

A Trojan virus called “Poison Ivy,” which triggers when users visit an infected website, is exploiting the security hole. According to Microsoft, “an attacker who successfully exploited this vulnerability could gain the same user rights as the current user.” In laymen’s terms once infected an attacker can take control of your computer, completely.

The German government’s Federal Office for Information said it has seen attacks using the exploit, and hackers could prey on users who visit infected websites. Therefore, they are urging their citizens not to use Internet Explorer. (Reuters, 2012)

Microsoft has acknowledged the issue and urges those using its browser to upgrade to better security software. At the moment however, the only guaranteed method of protection is not to use Internet Explorer.

While Internet Explorer usage has declined in recent years, it still holds almost half of the worldwide market. This means that millions of users are currently at risk of being infected with a number of viruses because of this security hole.

Security researchers estimate that Microsoft will have a patch out to fix this problem within a week.

What users need to do – Ditch Internet Explorer. Chrome and Firefox both offer a number of security features that make this problem a non-issue. Both are available as free downloads. Should you choose to look for another browser, here are few key security features you should look for:

Sandboxing - Isolates each tab from the rest of the system. If one tab gets infected, crashes or runs a piece of harmful code, simply closing the affected tab kills the process and leaves the other tabs — and all parts of the system — untouched. Internet Explorer and Chrome use sandboxing; Firefox does not.

Plug-in security - Plug-ins are small applications that run within a browser to enhance functionality, and customize the user interface. One of the most popular plug-ins is “AdBlock” , which blocks annoying website ads, leaving only the content. From a hacker’s point of view, finding vulnerability in a plug-in is easier than attacking the whole browser. Each browser differs in the amount of access it allows plug-ins on a system. Chrome is the only one that doesn’t allow plug-ins to install software or run scripts without user interaction.

Just-in-time (JIT) hardening - Viewing a static page on the Internet isn’t a security risk, but many websites let users do stuff, from calculating mortgage payments to playing games or creating a spreadsheet. If a website is allowed to run code on a system and the browser stumbles upon an infected website...BAM! Suddenly you’re hosting Season 7 of “Entourage” for Internet pirates in Denmark. While Chrome and Internet Explorer block this type of malicious code from running, Firefox does not.

HTTPS - Firefox lovers, don’t despair. With good anti-virus and anti-spyware protection and a little effort, a browser can be made safer than the default configuration. Firefox offers a plug-in called “HTTPS Everywhere” that will let one browse over 1,000 websites securely. Https encrypts the website pages one can see so that passwords, emails and other data that is sent and received can’t be easily recreated by a hacker via the browser being used. Ironically, the security settings in Chrome and Internet Explorer block this plug-in.

Still worried about identity and safety, or just want extra security then consider having the computer checked by a computer repair company to be safe.

About Nerds On Call:
Established in a spare room in Redding, Calif., in March 2004, Nerds On Call offers on-site computer and laptop repair services to consumers and businesses. Nerds On Call provides trouble-shooting for PCs and Macs, home and office networks, printers, iPods® and MP3 players, handheld devices and cell phones, home theaters and game systems, and virtually every other form of digital entertainment. In 2009, 2010, & 2011 the company was named to Inc. magazine’s list of 5000 fastest growing private companies. With 15 locations across California, Oregon, Washington, & Arizona Nerds On Call serves more than 40,000 satisfied customers per year. For more information, visit http://www.callnerds.com or call 1-800-919-NERD