Author Ronald G. Berry announces the release of ‘The Power of the Beast’ 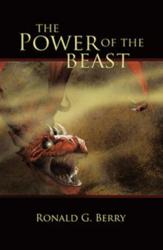 “The Power of the Beast: A Commentary on the Book of Revelation” (published by AuthorHouse) Ronald Berry’s analysis of the book of Revelation is a focused study in Bible books related to eschatology. It ties together the story of Daniel and numerous prophetic and revelatory books about the future of mankind. The book discusses such subjects as “the meaning of 666,” “the mark of the beast,” “the anti-Christ,” and other things pertinent to studies of prophecy. Berry presents his work as material for anyone interested in finding a guide to the “end time,” the often theorized, debated and feared subject that seemingly ends the Bible on a fearful note.

Berry discusses the last book of the New Testament – and the end product of biblical prophecy – which he says predicts mankind’s fate, and focuses on events that will occur prior to the Second Coming of Christ. He says it also discusses the establishment of the millennial kingdom and the new heavens and the new Earth. According to Berry, an uninformed person might liken the book to a puzzle. He says this is the viewpoint of many of today’s Christians, who are confused by the symbolism and even scared by the portrayals of destruction. Berry says it is for this reason that some believers avoid a serious study of the book.

Written with foresight that the Church fathers agreed was necessary toward a leap of millennia into the future, the Book of Revelations is the final jewel to the symbolic and regulatory mosaic that is the Bible. It is accurate to say that its author, John the Apostle, was the most divinely inspired and gifted writer of his age to have come up with a work that ultimately spelled the future of mankind. Without exact and powerful visions from God, this work would not have been possible. Apocalyptic writing in its original and truest sense, as derived from the Greek “apokalypsis” (meaning the removing of a veil), is not a fearsome package, it is a testament to hope for mankind and the faith of very wise men who chose to live their lives, even give it up, towards the fulfillment of the last and final Word, the Omega, the Kingdom of Jesus Christ on Earth. And what else is not revealed?

About the Author
Ronald G. Berry received his BSBA in Accounting from the University of Arkansas. He has been a Bible teacher for more than forty years. An early fascination with Eschatology has led him to spend more than fifty years in an intense study of the subject. He has held numerous seminars on the Book of Revelation. A commercial pilot and former president of a Christian Business Men’s organization, Ron is an accountant by profession and an amateur theologian by choice. He lives with his wife in Fayetteville, Arkansas where he has taught a Sunday School class for many years. This is his first book.