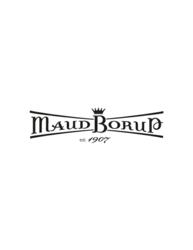 “It was important for us to team up with an established company that understands our brand and how to translate it into food gifts that appeal to consumers,” said Carol Lee, SVP Consumer Products, ITV Studios Global Entertainment.

Hell’s Kitchen and Maud Borup, Inc. today announced a strategic partnership to develop Hell’s Kitchen branded gourmet food gifts that will be marketed to specialty and mass retailers in the United States and Canada. The agreement fulfills a long-term strategy to brand Hell’s Kitchen across the candy, confections, and food gift category. “It was important for us to team up with an established company that understands our brand and how to translate it into food gifts that appeal to consumers,” said Carol Lee, SVP Consumer Products, ITV Studios Global Entertainment.

The three-year agreement, facilitated by Firefly Brand Management, was put in place to support the award-winning show, featuring Chef Gordon Ramsay, now in its tenth season. “When we met Maud Borup it was clear they not only knew how to develop custom formulas and blends that reflect the essence of the Hell’s Kitchen brand, but also had long-standing, trusted relationships with major retailers,” adds Cynthia Modders, president, Firefly Brand Management.

About Maud Borup
Maud Borup is a privately-held, woman-owned, Minnesota-based wholesale confections company specializing in gourmet candy and food gifts that whisk you back to memories of Grandma’s cookie jar and Mom’s special treats. Maud Borup designs and manufactures licensed, branded, and private-label products supported by an in-house design and merchandising team with over 20 years in the specialty food gift industry. Maud Borup supplies mass and specialty retailers with confectionary gifts designed to fit their store needs and customer preferences.

In 2011, Maud Borup announced eco eggs™, a green, environmentally-friendly division producing the first 100% renewable, compostable plastic Easter eggs made from corn in the USA. Maud Borup and eco eggs were founded on business practices that respect employees, the environment, and the earth. Visit http://www.maudborup.com and http://www.ecoeggs.com.

About Hell’s Kitchen
Hell’s Kitchen USA, produced by ITV Studios America, is now in its tenth season. Hosted by superstar chef Gordon Ramsay, Hell’s Kitchen puts aspiring restaurateurs through rigorous culinary challenges to see who has the skill, passion, and fortitude to win a life-changing prize. Airing nationally on FOX, Hell’s Kitchen has regularly drawn over 6 million viewers per episode and in its latest season was among the top evening programs on FOX with adults 18-49.
About ITV Studios Global Entertainment
ITV Studios Global Entertainment is one of the world’s leading international TV distribution and consumer products businesses representing over 40,000 hours of prestigious content to 3,000 broadcasters around the world.

About ITV Studios America
ITV Studios America, the US based production entity of ITV Studios in the UK, is one of the largest international producers for the US market and a major force in acquiring, developing and producing reality and scripted programming for US networks. ITV Studios America has a slate of formats in production with major networks and syndicators, including Hell’s Kitchen, Kitchen Nightmares, The First 48, After the First 48, Four Weddings, Four Houses, The Mathis Project, The Bill Cunningham Show, America Now, and The Jeremy Kyle Show.
###