New Book Delves inside the Medical Journey of The English Doctor

Author Dr. Richard Sloan reveals what goes on “behind the scenes” in undergraduate and postgraduate medical education and general medical practice 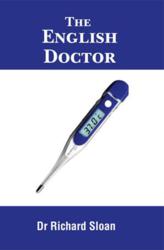 Author Dr. Richard Sloan belongs to a family of 19 doctors and more to come. Having been brought up by parents who were general practitioners in Yorkshire, his observations of his parents work and lifestyle eventually ignited his desire to become a doctor.

In The English Doctor: A Medical Journey, Sloan reveals what goes on “behind the scenes” in undergraduate and postgraduate medical education, scientific research and general medical practice in the United Kingdom. It covers the years 1945 to 2012 and is an account of a unique medical journey. Here, the author describes his work with ill and underperforming general practitioners as well as mentoring GPs with problems and worries. He also chronicles his passage from student to doctor and how the tables turned when Sloan began teaching students himself.

Very few patient problems and cases are included in The English Doctor: A Medical Journey. Instead, the author chooses to focus more on the work that went on in the background. It is that work that produces high quality doctors and also year on year improvement in patient care. Sloan also includes informal interviews he conducted in 2012 with people studying and working in the same fields that he experienced over the years. This insightful book will allow readers to compare and to judge whether the present day situation is an improvement on that of the past.

About the Author
There have been 19 doctors in the author’s family so far and more to come. Dr. Richard Sloan trained at University College London and then the London Hospital Medical College. He obtained a PhD for research in human temperature regulation. He became a General Practitioner in Cheltenham, Gloucestershire, and then Castleford in Yorkshire. He was deeply involved in postgraduate general practice education. He has worked as an education advisor and an appraiser for his Primary Care Trust. He was awarded an MBE for Services to Medicine and Healthcare in West Yorkshire in 2011.