Up-to-date research report “Ammonium Nitrate 2012 World Market Outlook and Forecast up to 2017” by Merchant Research & Consulting Ltd draws up a complete picture of the ammonium nitrate market at global, regional and country levels. 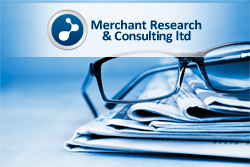 In the course of the financial crises the global demand for ammonium nitrate from the agricultural sector grew substantially; whereas, having been defined as an explosive substance, the product has become prohibited for sale in number of regions. In addition, noticeable changes in agricultural policy undertaken in some developed countries contributed to a further decline in sales of nitrogen fertilizers.

For all that, the sales of the substance are currently rising, though at a slow pace. The world’s leading producers of ammonium nitrate are the CIS nations and Northern America. Latin America and Western Europe are the major importers of the product.

Up-to-the-minute research report “Ammonium Nitrate 2012 World Market Outlook and Forecast up to 2017” draws up a complete picture of the ammonium nitrate market at global, regional and country levels while presenting data on the past industry developments, present landscape and future projections.

The report features in-depth comprehensive data on the ammonium nitrate production and consumption, demand and supply, price trends and trade dynamics. The top market players are profiled, and the major industry events and news are discussed within the report. The future market projections depict how the market is set to develop, what volumes and prices are to be expected, what trends and opportunities are likely to emerge through 2017.


5.2. Ammonium nitrate consumption forecast up to 2017