At current Conservatories.tv is one of the largest online retailers of DIY conservatories in the United Kingdom. For October only, they’re slashing the price on their best selling Mediterranean Conservatory. At this discounted price, stock won’t last long, so hurry up and buy to avoid disappointment. 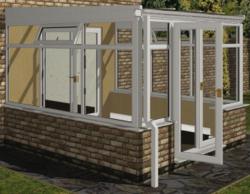 Conservatories.tv a trading name of Armstrong Industries Ltd, don’t usually get into sale mode until after the Christmas rush; however, this year is a little different.

With a lot of success over the past 12 months, due to an unexpected amount of sales over the summer period; Conservatories.tv are offering new and existing customers a fantastic deal on one of their best selling DIY Mediterranean Conservatories.

In the past 2 weeks alone, the Conservatory has had in excess of four orders a day which is quite high for any DIY conservatory retailer considering the price of the purchase and the fact it’s a luxury item rather than an essential. However, that hasn’t got in the way of it being the most searched for Conservatory on the entire website.

Considering the cost of an average fitted conservatory (in excess of £8000), finding one of this quality and style for such a little amount is almost unheard of.

John Armstrong,Managing Director at Conservatories.tv commented on the latest offer: “We’re always looking for ways to give something back to the people that have helped us get to where we are today and offering our best selling Conservatory at an even lower price seemed a good way to start. We already know it’s popular and well sought after, so dropping the price by £500 should give that little bit more incentive to go ahead and buy it'