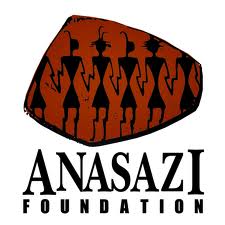 Mothers and daughters in the Family Camp program will participate in a three-week wilderness experience based on ANASAZI’s existing 42-day treatment programs.

ANASAZI Foundation, a nonprofit outdoor behavioral healthcare provider focused on strengthening parent-child relationships, will serve as the backdrop for the fifth installment of Twenty Twenty Television’s Brat Camp series. Tentatively titled “Family Camp,” the UK production will follow four sets of British mothers and daughters who have agreed to be filmed as they participate in ANASAZI’s nurturing wilderness-therapy program.

“All of us at ANASAZI are grateful for the opportunity to help these four families and work with Twenty Twenty’s staff as they produce a television program we hope will help thousands more,” said ANASAZI Foundation president Mike Merchant. “We have resisted such productions in the past, but we believe the new format, combined with Twenty Twenty’s commitment to the families’ best interests, has the potential to produce meaningful results. We’re also hopeful that the ANASAZI Way philosophy will resonate, offering parents and children everywhere some new ideas to help things go right at home.”

The UK version of Brat Camp, which is produced independently of the U.S. series by the same name, has received numerous awards, including an International Emmy in 2004.

Filming for season five will occur throughout December in an area separate from ANASAZI’s ongoing programs for teens and young adults. Family Camp is scheduled to air on the UK’s Channel Four network in early 2007.