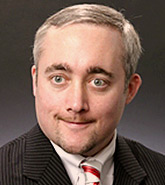 Would you use a baby car seat with your child if it wasn’t proven to work correctly before you used it?

Dauphin County Judge Lawrence F. Clark has ruled that the current calibration methods for Pennsylvania breath testing machines leave the devices inadequate to measure samples outside of the range of 0.05% to 0.15%. He writes, “the utilization of any instrument reading above or below that range cannot, as a matter of science and therefore the law, satisfy the Commonwealth's burden of proof beyond a reasonable doubt on an essential element of a charged offense for an alleged violation of 75 Pa.C.S.A. §3802(c) of the Pennsylvania Motor Vehicle Code.”

Judge Clark made this ruling in the case of Commonwealth v Jason Richard Schildt (Court of Common Pleas, Dauphin County PA, Number 2191 CR 2010) on December 31, 2012. In this case, defense attorney Justin McShane of The McShane Firm in Harrisburg argued that the current regulations for breath test calibration are inadequate to measure breath samples outside the range of of 0.05% to 0.15%. Attorney McShane noted that the calibration method currently used in Pennsylvania, outlined by the Departments of Health and Transportation (PennDOT) calibrates the breath testing machines at three data points, 0.05%, 0.10% and 0.15%. Attorney McShane presented comprehensive expert reports from, as the Court notes “heavily-credentialed scientists” in support of the claim that tests that fall outside the range of 0.05% to 0.15% lack scientific backing.

This ruling has potential statewide implications for many cases with readings above 0.15%. According to the Pennsylvania Commission on Sentencing, 63.5% of the total DUI cases or 12,957 cases were sentenced to DUI Highest Rate (over 0.16%) in 2011. Attorney McShane comments that roughly 70% of cases use breath test evidence.

In addition to finding breath test results less than .05% and greater than .15% inadmissible, Judge Clark's opinion calls into question the admissibility of the results for samples at all BACs for tests performed on the breath testing machine known as the Intoxilyzer 5000en. Specifically, the court noted that the manufacturer of the Intoxilyzer 5000en did not comply with the Pennsylvania regulation requiring calibration solutions to come from an independent third party.

About The McShane Firm: Located in Harrisburg, The McShane Firm is Pennsylvania's foremost DUI and criminal defense law firm. Founded in 2004, McShane and his legal team have fought for the citizens of Pennsylvania in cases involving DUI and other criminal matters and achieved positive results for hundreds of clients. The McShane Firm lawyers believe in continually expanding their knowledge of DUI law through continued education, and bring these lessons to the courtroom to defend the citizen accused.