The House was scheduled to vote on post-Sandy mold-relief fund next Tuesday. And stating that complete mold remediation could be expensive, Dr Mold Network commented that Sandy victims could surely use the relief's financial aid. 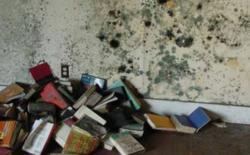 ...DrMoldNetwork suggested the use of a mold removal spray. With the product, it said that one could do a mold remediation that is effective without spending too big.

Many Hurricane Sandy victims still suffer from mold problems. And as stated in a report from businessweek.com, to help them with it, a senator pushed for a post-Sandy mold relief fund. It was said that the House will vote on it next week. And seeing that treatment for severe mold infestation could be expensive, DrMoldNetwork commented that victims could surely use the financial aid.

Based on the report, the said post-Sandy mold relief fund was proposed by New York Senator Charles Schumer. It amounts to $1 billion to help home owners cover their mold remediation expenses. And as related, the House will decide whether to pass it or not particularly on Tuesday.

DrMoldNetwork said the presence of mold after Sandy was actually not surprising. However, given that it is a huge health risk, its infestation is alarming, it stated. And with professional mold remediation quite expensive, it said that Sandy victims surely need the mold-relief fund.

However, because the fund will benefit only the Sandy victims, to those who are not and are dealing with still manageable mold problem, DrMoldNetwork suggested the use of a mold removal spray. With the product, it said that one could do a mold remediation that is effective without spending too big.

Of all the mold removal sprays though, the site said that homeowners and cleaning contractors should choose the green ones. And as it asserted, Molderizer is the best that they could get. It detailed that it has passed several federal programs and guidelines and was already proven safe apart from effective.

To experience themselves the safety and effectiveness of Molderizer and to make sure that it's worth it, DrMoldNetwork also urged the public to get a complimentary sample of the solution. It is available at Molderizer.com.