What does this mean for Maryland teachers and schools? Anne McKenna, Chair of STSW’s Internet and Privacy Law Practice Group, comments on court's ruling. 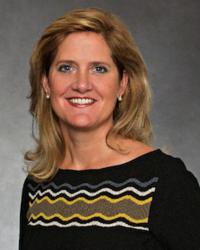 A New Jersey appellate panel has upheld the decision to fire a tenured first-grade teacher who wrote that she was a "warden for future criminals" in a Facebook posting, in New Jersey Superior Court in case A-2452-11T4. Jennifer O’Brien, a tenured New Jersey public school elementary teacher with 13 years of teaching experience and a master’s degree in education, was teaching a class of 23-first grade students (all of whom were minorities and mostly six-years old), when she posted on her own, private Facebook page these comments about her job to her 300+ Facebook friends and their friends of friends, “I’m not a teacher—I’m a warden for future criminals!” Court papers show that O’Brien didn’t stop there; she later posted to Facebook, “They had a scared straight program in school—why couldn’t [I] bring [first] graders?”

Anne McKenna, Chair of STSW’s Internet and Privacy Law Practice Group, SilverMcKenna says, "... in considering the impact of this decision for schools and teachers, the matter is complicated."

Ms. McKenna adds that, "in Maryland, for example, new legislation, MD Code, Labor and Employment, § 3-712, (effective 10/1/12) precludes Maryland employers from requiring employees to give usernames or passwords. This legislation applies to government employers, including public schools. The legislation, which appears hastily crafted, does not take into account the nature of Social Media, which by design and function inherently contradicts or defeats any legal argument of a privacy right in electronic communications such as O’Brien’s. Nor does the legislation make any exception for schools as employers; and dangerously, it fails to consider the in locos parentis legal duties that schools and their employees owe to students, particularly in the wake of Connecticut’s tragedy."

New Jersey Superior Court records show when NJ school officials came across the Facebook post and confronted O’Brien, she said she didn’t intend her comments to be offensive or racist statements, but otherwise she essentially was unrepentant. Parents were deeply concerned and angered by O’Brien’s Facebook posts; protests formed outside of the school attended by dozens; and parents demanded their children be removed from O’Brien’s classroom. O’Brien was dismissed from her position; her dismissal was affirmed by an Administrative Law Judge (ALJ); and ultimately, O’Brien appealed to a NJ state appellate court. O’Brien argued that her dismissal constituted a violation of her First Amendment rights of free speech because (1) her comments addressed a matter of legitimate public concern, i.e., school discipline, and (2) because her comments were made on her private Facebook page, they were protected speech.

Finding O’Brien’s arguments unpersuasive, on January 11, 2013, the NJ court affirmed the ALJ’s findings, stating, “the posting of such derogatory and demeaning comments about first-grade students showed a lack of self-control, insensitivity and a lack of professionalism.” Pointing out the young age of the first-grade students, the fact that O’Brien’s students were all minorities, and the nature of Social Media, the NJ appellate court applied an earlier United States Supreme Court decision, Pickering v. Board of Education, 391 U.S. 563, 568 (1968), on teachers and free speech, and concluded that O’Brien’s right to her express comments on Facebook “was outweighed by the district’s interest in the efficient operation of its schools.”

"Was the decision a correct one? Free speech and privacy advocates would argue not: O’Brien was commenting to “friends” on her private Facebook page," said Ms. McKenna. "But the recent horrific massacre of first graders in Connecticut, the fact that O’Brien was a public school teacher and government employee entrusted with the care and teaching of 6-year olds (in locos parentis), the nature of Social Media, the fact that O’Brien’s comments were made via Facebook post to hundreds if not thousands of people (300+ friends and friend-of-friends), all make it difficult to second guess the wisdom of the NJ court."

Ms. McKenna explains that the First Amendment does not protect the right of a teacher to cause schoolhouse disruption (parents’ picketing) and to label publically 23 six-year olds as “future criminals,” regardless of whether they’re minorities.

About SilverMcKenna
SILVERMCKENNA is the Internet and Privacy Law Group of Silverman | Thompson | Slutkin | White | LLC (STSW) a firm nationally renowned for its impressive array of veteran civil and criminal attorneys and its broad range of practice areas. Comprised of select STSW partners and senior associates, the SILVERMCKENNA practice group members effectively, economically, and decisively handle a wide range of Internet, cellular, technology, intellectual property, digital copyright, and privacy-related legal and regulatory matters for private, corporate, government, institutional and educational clients around the globe. For more information please call 410-385-2225 or visit us on the web at http://www.silvermckenna.com